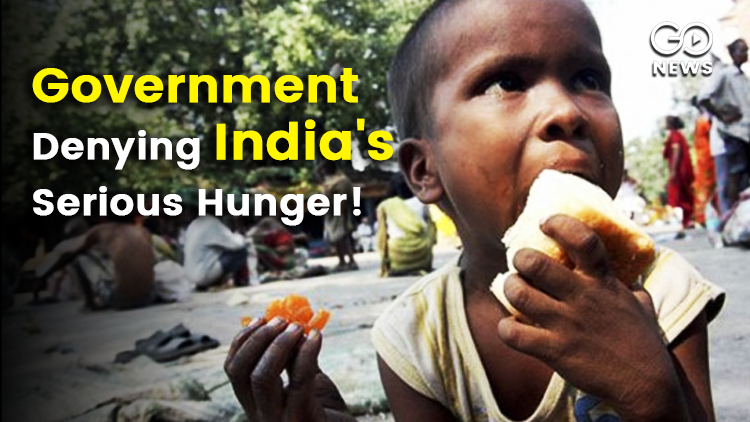 The Global Hunger Index released recently showed that India has slipped further down the rankings, from 94 in 117 countries in 2020 to 101 in 116 countries in 2021. That year, India had a hunger score of 27.2, which has now increased to 27.5. In the 2020 assessment, the Global Hunger Index report had stated that 14% of India’s population is undernourished. It also said that the country recorded a child stunting rate of 37.4 per cent. Stunted children are those who have a “low height for their age, reflecting chronic undernutrition”.
Also Read:
World Needs Urgent Transition To Renewables: IEA

The new 2021 report places India lower than its neighbours, most notably Pakistan. Its classification of India as “serious” for yet another year is consistent with many other such assessments of India’s poverty and hunger situation, which continues to be among the worst in the world. 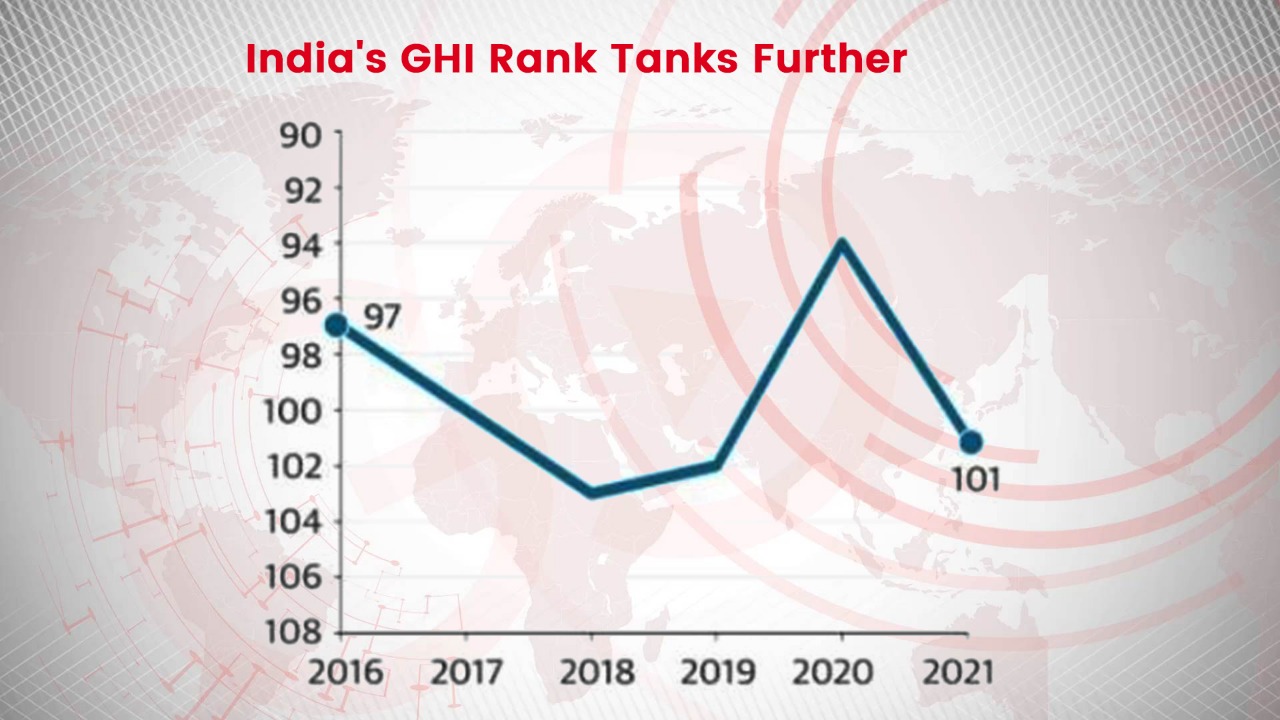 India added 6.2 crore food insecure people between 2014 to 2019 as reported by State of Food Security and Nutrition in The World (SOFI), and the 2020 pandemic added 7.4 crore poor people in India as estimated by Pew Research Centre, taking the number from 6 crore to 13.4 crore. [Read here]  Go News has also reported the results of a National Family Health Survey in 2020 which showed that Malnutrition Among Children Is On The Rise, becoming worse in 2019-20 than in 2015-16. The UN Multidimensional Poverty Index 2021, which is a comprehensive index that includes ‘nutrition’ and ‘child mortality’ as factors within its ‘health’ parameter, has found that five out of six people in such a situation belong to Scheduled Tribes, Scheduled Castes, and OBC’s. Its number of multidimensionally poor within these three categories adds up to 319 million. Since multidimensional poverty includes food insecurity, malnourishment, and child mortality as major parameters, it is a fair indication of the state of hunger in the country.   Government In Denial Despite its own scheme, PM Garib Kalyan Ann Yojana, claiming to help “80 crore poor” people with free 5 kg. foodgrains, a scheme which has recently been extended until November 2021, the government claims that the hunger situation in India is not what is depicted in the Global Hunger Index. The Ministry of Women and Child Development has said in a statement that “The publishing agencies of the Global Hunger Report, Concern Worldwide and Welt Hunger Hilfe have not done their due diligence before releasing the report. The methodology used by FAO is unscientific. They have based their assessment on the results of a ‘four question’ opinion poll, which was conducted telephonically by Gallup”. The government says that the report is inflating the ratio of undernourished people: [The report] “has increased the value of ‘proportion of population undernourished’ from 14.0% for the previous period 2017-19 to 15.3% for the latest period 2018-20” and this has been questioned. It has also expressed “surprise” that Afghanistan, Bangladesh, Nepal and Sri Lanka have been able to improve their performance on undernourishment during the pandemic notwithstanding the economic shock, income and job losses. Our World In Data Figures Show Otherwise However, there are other sources which depict the actual situation of hunger. Our World In Data for 2017 showed that 571.12 million people in India cannot afford a healthy diet, which is the highest absolute number in the world, followed by Nigeria at 133.40 million people. The parameter is defined as: “A diet is deemed unaffordable if it costs more than 63% of a household's income. The cost of a nutrient adequate diet is defined as the lowest-cost set of items available at each time and place that would stay within the lower and upper bounds for dietary energy and all essential nutrients”. This almost corresponds to the situation of under-5 mortality, wherein India ranks second behind Nigeria in United Nations International Children’s Emergency Fund’s (UNICEF) report titled ‘The State Of World’s Children 2021’. 824,000 Indian children under 5 died in 2019, the report shows. Our World In Data also shows figures from 2016 comparing India’s per capita food expenditure ($311.00) to its per capita GPD ($1,732.55), which comes to around 17.95%. This clearly shows that the food situation in India is indeed precarious, and deserves attention instead of dismissal from the government. The last official estimate of Poverty in 2011-12 was released by Planning Commission at 21.92%, estimated using the Tendulkar Committee approach. United Nations Millennium Development Goals (MDG) programme said that in 2018-19, 80 million out of India’s 1.2 billion, or 6.7%, lived below the poverty line of $1.25 per day.