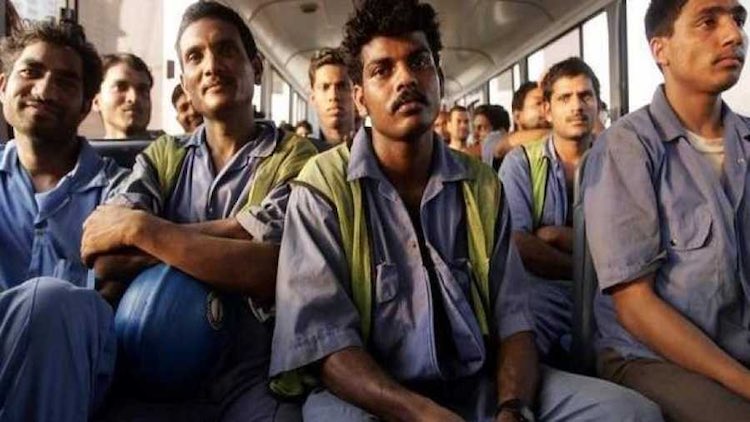 Due to the coronavirus pandemic, jobs are drying up around the world. Now as many as eight lakh Indians could be forced to leave Kuwait, a rich country with a population of 4.3 million, if a new bill seeking to reduce the number of foreign workers is enacted into law. Also Read: Heavy Rains Cause Flood Scare In Parts Of Gujarat, High Alert Issued

The National Assembly of Kuwait has approved a draft expat quota bill, according to which Indians should not exceed 15% of the population. The bill will now be sent to the concerned committee so that a comprehensive plan is formed. The Indian diaspora is the largest expat community in Kuwait, with a total population of about 1.5 million. Since the COVID-19 outbreak, there has been a rise in anti-expat rhetoric in Kuwait to reduce the number of foreign workers in the Gulf country. Lawmakers and government employees are constantly demanding that the foreigners be sent to their country and the jobs be given to their own people. Kuwait, with a population of 4.3 million, has only 1.3 million local residents and the remaining 3 million are expats. Last month, as GoNews reported, Kuwait's Prime Minister Sheikh Sabah Al-Khalid Al-Sabah, in view of the upcoming challenges, proposed reducing the number of expats by 50%. The reason being the slump in oil prices and the severe slowdown caused by the pandemic.

With growing #unemployment across the world due to #coronavirus, an oil-rich country, Kuwait with a population of 48 lakhs is deliberating upon reducing #migrant workforce by 50%. There are 34 lakh foreigners in Kuwait & Indians make a huge chunk of this population@RaGa_reports pic.twitter.com/CZiGt34v5I

Also Read: Kuwait Deliberating On Sending Back 50% Migrant Workforce, Indian Diaspora Worried If the Kuwait government sends back Indians by enacting this bill, then it will certainly be a huge blow to the Indian economy. After this decision comes into effect, when the Indian workers return from Kuwait, the remittances that India receives every year will drastically fall. In 2018, the people working in Kuwait had strengthened the country's economy by sending $4.5 billion to India. Experts say, other Gulf countries, which are also dependent on oil, are likely to follow the path of Kuwait. If this happens, India’s remittance economy, which is considerably dependent on Gulf nations, will take a big hit.
TAGS Gulf countries Indian workers foreign workers expat quota bill Indian diaspora expats Indian Economy Remittance India Kuwait