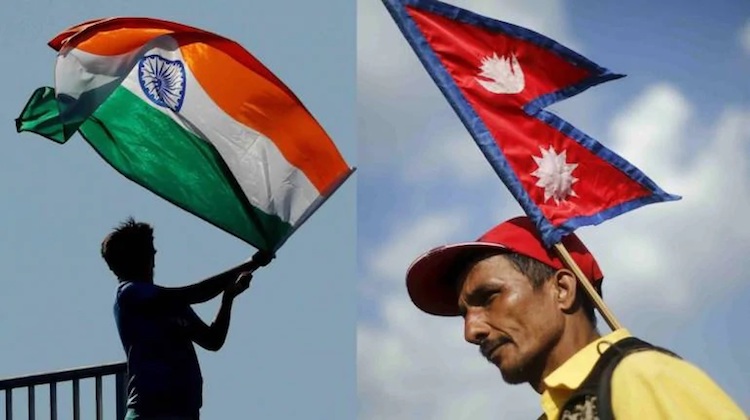 The recent rift in the centuries-old relationship between India and Nepal is widening by the day. New disputes are arising on the border with Uttarakhand, Uttar Pradesh, Bihar, West Bengal, and Sikkim.

There has been a conflict between the two countries about the road construction in Lipulekh and recently the Nepal government made a law declaring Lipulekh, Kalapani, and Limpiyadhura as their own. Indian villages located near the Nepalese border say that Nepali FM stationsa are propagating anti-India songs. There is also a growing demand for the return of the three areas included in Nepal's new map.

Another dispute is mounting in Bihar, where Nepal has stopped repair work of the Gandak Dam on the Lal Bakaiya River which was previously underway to avoid the possibility of flooding. The construction was being done on the no man's land between the two countries. Bihar's Water Resources Minister, Sanjay Jha, said, "This type of problem is taking place for the first time and Nepal has stopped work in some areas. If the water level increases, there will be a lot of trouble in Bihar."

Before this dispute, an Indian citizen was killed in firing by Nepalese guards at Sitamarhi in Bihar on June 12. Tensions have heightened on the border of both the countries. New deployment of Nepalese guards has been made at many places on the 1800 km border with India and military posts are being erected.

Apart from the border dispute, the two countries have had a 'roti-beti' relationship for centuries, which is in danger for the first time. The Nepal government has made clear its intentions by announcing amendments to the citizenship law. According to the new amendment, now foreign women will not get citizenship immediately after getting married to a Nepali man. For this, they will have to wait for seven years. This law will also apply to Indian women.

Experts believe that a change in Nepal's citizenship law is a major setback for the weakening of cultural relations between the two countries. Thousands of families living in the Terai area will be affected by this law.