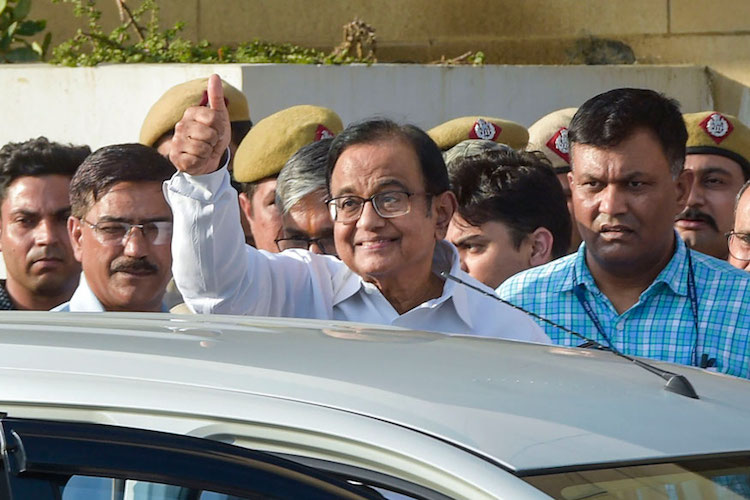 Former Union Minister P Chidambaram avoided the possibility of being sent to Delhi's Tihar Jail today as the Supreme Court extended his CBI custody till Thursday. Mr Chidambaram has the option of requesting interim bail from the CBI court. Even if it is rejected, he will be in CBI custody till Thursday. The Supreme Court on Monday asked the trial court to consider former finance minister P Chidambaram’s bail plea in the INX Media corruption case.
Also Read:
Federer beat Goffin to reach US Open quarter-finals

Justice R Banumathi and A S Bopanna directed the CBI to file its response on Chidamabaram’s plea challenging the non-bailable warrant issued against him and subsequent orders of the trial court remanding him in the CBI custody.

Supreme Court asks Senior Congress leader P. Chidambaram to approach the concerned court for interim protection. Also orders that he be not sent to Tihar Jail and if trial court rejects his bail plea, his CBI custody will be extended till Thursday. pic.twitter.com/FYScQ4pvKB

During the hearing, senior advocate Kapil Sibal appearing for Chidambaram told the court that the Congress leader should be placed under house arrest and not be sent to Tihar jail. “He is a 74-year-old man, put him under house arrest, no prejudice will be caused to anyone,” Sibal told, news agency ANI reported. Chidambaram has been subjected to custodial interrogation by the CBI for 11 days since his arrest on August 21, after the Delhi High Court on August 20 dismissed his anticipatory bail plea.