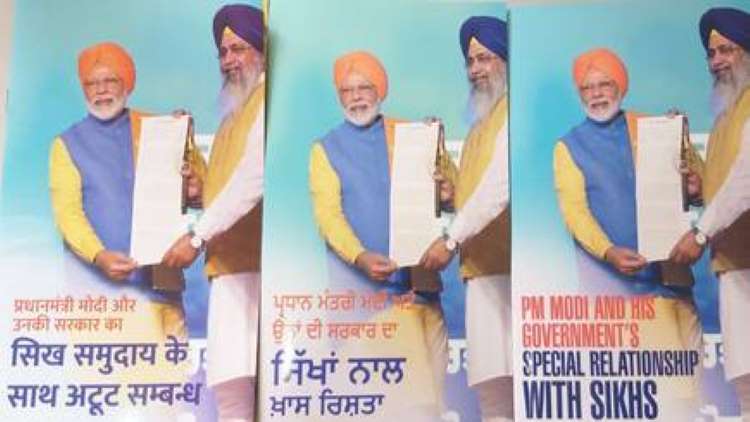 Indian Railways' subsidiary IRCTC has come under fire for sending out nearly two crore emails between December 8 and December 12 to its customers highlighting Prime Minister Narendra Modi's 'special relationship' with the Sikh community, amid the farmers' protest against the Centre's new farm laws. IRCTC has emailed the 'Sikh communities', listing 13 decisions taken by Prime Minister Modi to support them. IRCTC has attached a 47-page booklet in its email which explains the PM Modi's 'special relationship' with Sikhs. But controversy has arisen over this. It is being said that the government is using people's personal information for political propaganda, a violation of the right to privacy.
Also Read:
BJP Engaged In Creating Anti-Govt Atmosphere In Bengal Through Claims Of Violence, Murder

After the controversy, the railway official said in his statement that the aim of this email is to make people aware. "The mails have been sent to all, irrespective of any particular community. This is not the first instance. Earlier also such activities have been undertaken by IRCTC to promote government welfare schemes in the public interest," an official statement from IRCTC said. The booklets are in Hindi, English and Punjabi. The emails, which were discontinued on December 12, were sent to the entire database of IRCTC, where passengers key in their details while booking tickets, the officials said. The PSU denied reports that the emails had been sent to only members of the Sikh community but to the entire IRCTC database. The railway official also "Which professional company or corporate doesn't analyse the demographic profile of the audience where the communication is to be delivered to? Why are some surprised if a government organisation is able to do as much or even better than what the corporates do day in and day out? One should be happy that the government of the day is as good in disseminating information in the public interest." The booklet speaks of the justice given to the 1984 riot victims, FCRA registration granted to Sri Harmandir Sahib, Jallianwala Bagh Memorial, no taxes on langar, the Kartarpur corridor among other things under 13 heads. The booklet was released by Union ministers Prakash Javadekar and Hardeep Singh Puri on the occasion of Guru Nanak Jayanti on December 1. Thousands of farmers, mostly from Punjab and Haryana, are protesting at various border points of Delhi since November 26. Despite several concessions made by the Centre, the talks have failed to cut ice with the protesting farmers who have stuck to their demand for a full repeal of the legislation. Farmer leaders say that until the government withdraws the three laws, Delhi's roads will be closed one by one. Farmers have blocked the Delhi-Jaipur highway today. The central government is constantly saying that they are ready to amend the law and the farmers should end the movement. A proposal was also sent to the farmers for this, but the farmers rejected the proposal without giving a written reply. Recently, Prime Minister Narendra Modi said at an annual conference of FICCI that, "The new law will provide farmers with new markets, new options, benefits of technology, modern cold storage infrastructure of the country." There will be more investment in all this agriculture sector, he added. The Prime Minister said that the private sector's investment in agriculture should not have happened. New agricultural laws will open the way for investment in agriculture and farmers are protesting that the government wants to hand over agriculture to private hands.