J&K: BJP Leader, His Father And Brother Shot Dead By Terrorists In Bandipora 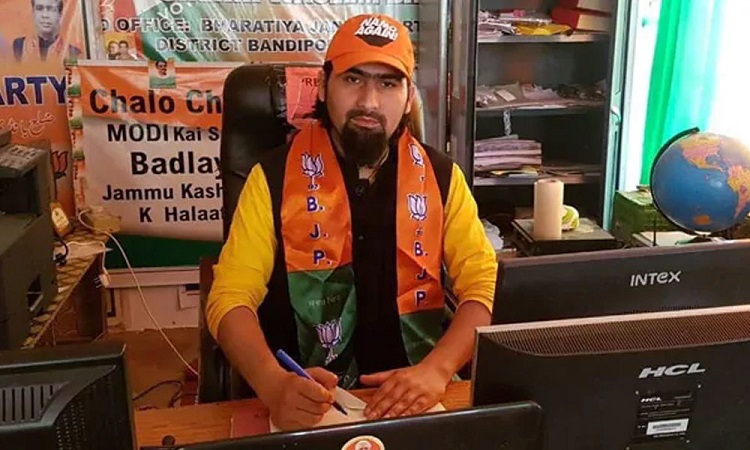 In Bandipora, North Kashmir, extremists shot dead BJP leader Wasim Bari, his brother Umar Bashir and father Bashir Ahmed. According to the Jammu and Kashmir administration, at the time of the incident, Wasim Bari was sitting at a shop of his relative, when the extremists shot him.

According to the Civil Hospital in Bandipora, Wasim Bari, his brother Umar Bashir and father Bashir Ahmed were brought to the hospital at 8.45 pm, by then they had died. All three were shot in the head.

Jitendra Singh, Minister of State posted in the Prime Minister's Office, tweeted that PM Modi took information from him about the incident on phone and expressed condolences to the victim's family.

Over the telephone, PM @narendramodi enquired about the gruesome killing of Wasim Bari. He also extended condolences to the family of Wasim.

BJP president JP Nadda has called this attack “cowardly”. He said that this is a big loss for the party and the sacrifice of Wasim will not go in vain.

We lost Sheikh Waseem Bari,his father & brother in Bandipora, J&K today in a cowardly attack on them.This is a huge loss for the party. My deepest condolences are with the family.The entire Party stands with the bereaved family. I assure that their sacrifice will not go in vain.

Wasim Bari was BJP's district president in Bandipora for three years. It is being said that his father and brother also stood with his political ideology. The attack is also linked to the death anniversary of Hizbul Mujahideen, Commander Burhan Wani. Security forces killed Burhan Wani in an encounter on 8 July 2016.

By GoNews Desk 43 minutes ago