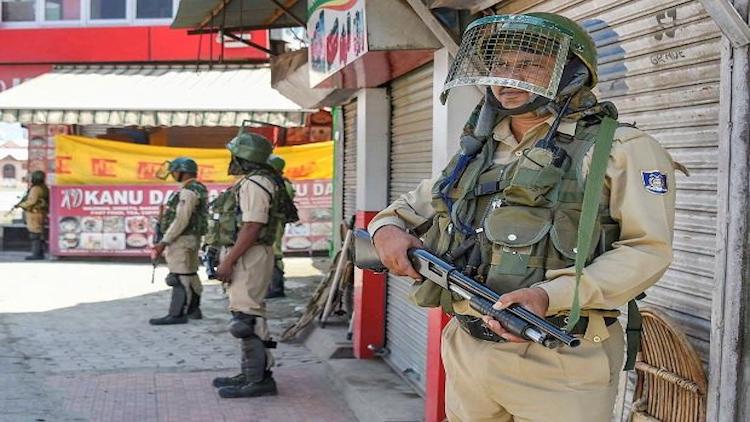 A year has been passed since the removal of Article 370 giving special status to Jammu and Kashmir. During this time, the ruling Bharatiya Janata Party at the Centre is trying to establish its roots in the Kashmir Valley, but the party leaders have experienced deadly attacks. After the Panchayat elections in December 2018, at least four BJP leaders have been targeted by the terrorists in the Valley. Kulgam BJP vice-president and Sarpanch Sajad Ahmad Khanday was shot by terrorists near his home on Thursday morning. He was rushed to the hospital but was later declared brought dead.

#UPDATE Sarpanch Sajad Ahmad Khanday, who was fired upon by terrorists, succumbs to his injuries. #JammuAndKashmir https://t.co/HAHyAR3Zf2

Hours before the incident, on Tuesday, a Sarpanch Arif Ahmed was shot by terrorists in Kulgam. He was shot in the chest and his condition remains critical. Terrorists targeted BJP leaders in the Valley when it was the first anniversary of the abolition of Article 370. It is believed that due to the fear of terrorists, BJP leaders in the valley did not do any program on the first anniversary. Earlier on 8 July, terrorists shot dead BJP leader Sheikh Wasim, his father and brother in Bandipora. Sheikh Wasim Bandipora was the district president of BJP and sat in a neighborhood shop with his family. Just a month before this incident, on June 8, terrorists shot and killed Congress leader and a Sarpanch in Anantnag district, Ajay Pandita. In November last year, a Sarpanch named Rafi Ahmed was also shot by terrorists. Concerns about the safety of his life are increasing among the Sarpanches who are becoming victims of the terrorists' bullet. According to media reports, the Sarpanches have left their villages and shifted to a hotel in Srinagar to protect their lives. The Sarpanches say that the panchayat election was held in December 2018 amid tight security. The central government, Jammu and Kashmir administration count this as their achievement but the ground reality is the opposite. The Sarpanches and local leaders have to wander here and there to protect their lives.