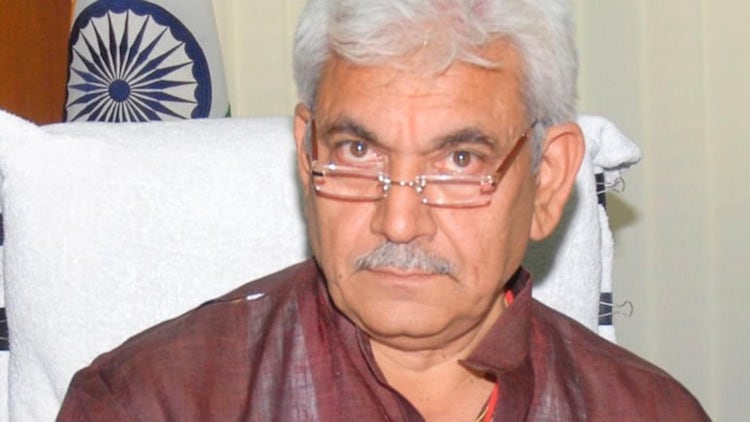 Former Union Minister Manoj Sinha has been appointed as the new Deputy Governor of Jammu and Kashmir after GC Murmu resigned from his post on the first anniversary of the termination of the special state status of Jammu and Kashmir. Manoj Sinha, who hails from Ghazipur district in eastern Uttar Pradesh, was the Minister of State for Railways in the first term of the Modi government but was defeated by BSP’s Afzal Ansari in the 2019 general election. Gujarat cadre IAS officer Girish Chandra Murmu was made the LG of Jammu and Kashmir on October 29 last year. Just two days after this, on 31 October, Jammu and Kashmir was divided into two union territories.
Also Read:
Kashmir — A Year After Article 370 Abrogation

GC Murmu is considered close to PM Modi. When Narendra Modi was the Chief Minister of Gujarat, he was posted as the Chief Secretary of the state. It was believed that Murmu would stay in Kashmir for a long time, but after about nine months he left the command of Jammu and Kashmir. Before GC Murmu, the command of the state was in the hands of Satyapal Malik. It was during his tenure that the special status of Jammu and Kashmir was repealed. Later in October, he was removed and made the Governor of Goa.