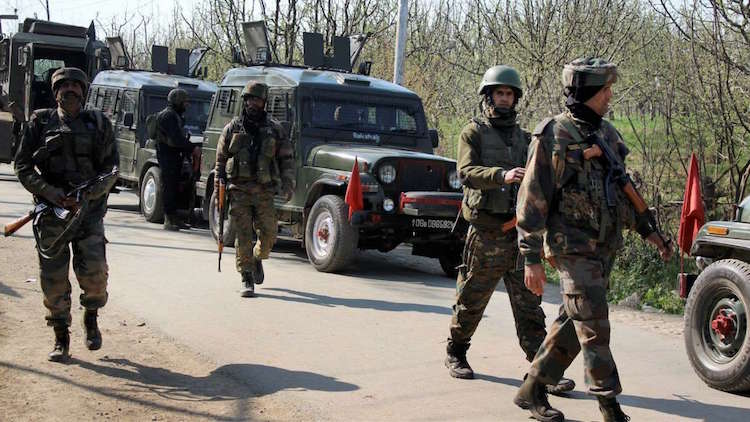 Jammu and Kashmir: One soldier lost his life in action and one terrorist has been neutralised in the ongoing Pulwama encounter. Search operation underway. (Visuals deferred by unspecified time) pic.twitter.com/ClBipyAqVb

An AK 47, grenade and other arms have been recovered from the scene which has been captured by the police and the security forces are currently conducting search operations in the entire area. Earlier on Tuesday, the Jammu and Kashmir Police arrested four Hizbul Mujahideen militants from Kupwara. Those who were identified as Ghulam Mohammad Gujjar, Abdul Qayyum Parvez Ahmed Bhat and Altaf Ahmed Mir. An AK-47 rifle, 2 pistols and bullets were recovered from them. SSP Kupwara AS Dinkar said that he had received information about arms smuggling from the LoC. On the basis of this information, a joint operation was conducted late on Monday night in collaboration with 28 Rashtriya Rifles and 162 Battalions of CRPF. The Central Government claims that since the removal of Article 970 from Jammu and Kashmir, there has been a decrease in terrorist activities in the Valley, but the ground reality is quite contrary to this. In the last ten days, there have been terrorist attacks on three BJP leaders and only two have died. On July 8, terrorists shot dead BJP leader Sheikh Wasim, his father and brother in Bandipora. Sheikh Wasim Bandipora was the district president of the BJP and sat in a neighbourhood shop with his family. Just a month before this incident, on June 8, terrorists shot and killed Congress leader and a sarpanch in Anantnag district, Ajay Pandita. In November last year, a sarpanch named Rafi Ahmed was also shot by terrorists.