JNU Students Clash With Police, Prevented From Marching To Parliament 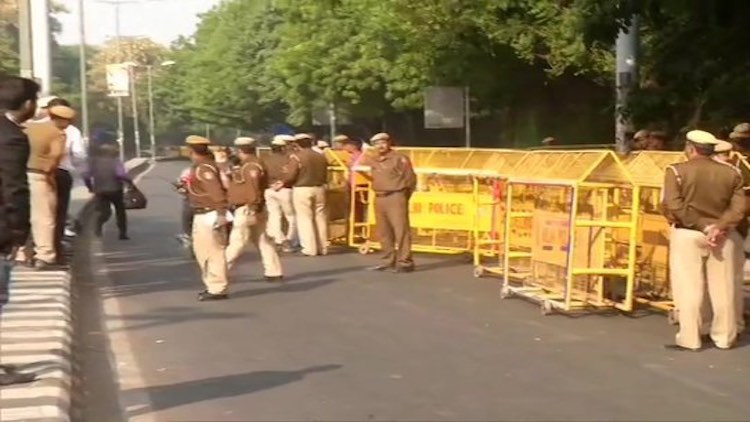 Amid clashes, students led by the Jawaharlal Nehru University Students’ Union were on Monday prevented by Delhi Police from marching on Parliament. The students are demanding a complete rollback of a hostel fee hike and other issues affecting economically weaker students. Several protestors were detained by police during the face-off. Also Read: India Extends Lead At The Top In World Test Championship

The students were moving towards Parliament, where the Winter Session started on Monday.

Delhi Police stops JNU students peaceful march to parliamentarians! The Mhrd is fooling students by forming committee. Why didn't the committee suspend fee hike till dialogue is happening? We are demanding #RollBackofJNUFeeHikeForAll and #TotalRollBack pic.twitter.com/EDtE319K77

The government imposed Section 144 near the Parliament and deployed over 1200 police personnel outside the JNU campus — in anticipation of the protest. Barricades have been put up to stop the students within 1 km radius from the varsity's gates.  The students' protest against the increase in hostel fee is ongoing for the past three weeks, even as the university administration on Wednesday announced a partial rollback of the hike. The union had termed the decision an "eyewash".