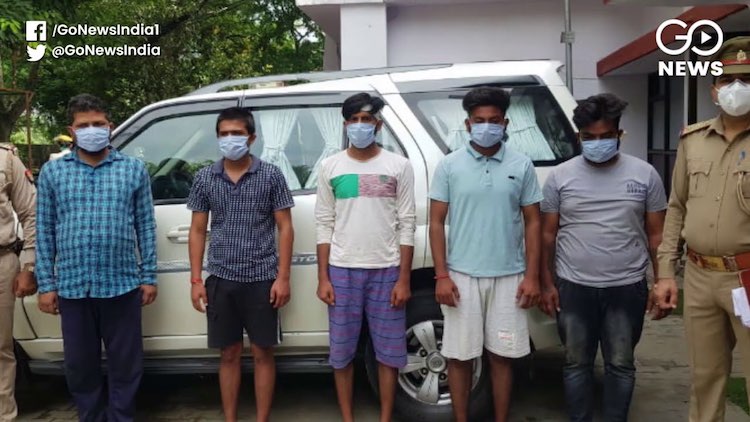 Journalist Vikram Joshi, who was shot by miscreants, died on Monday while undergoing treatment at Yashoda Hospital in Ghaziabad. He was declared dead by doctors at four in the morning. Joshi was shot at around 10:30 pm on Monday night by miscreants. His niece and daughter were also present along with Vikram at the time of the incident when the miscreants attacked him on the bike and then shot him.

Ghaziabad: Journalist Vikram Joshi passed away today. He was shot at in Vijay Nagar area on 20th July by unknown persons. Nine people have been arrested in the case so far. pic.twitter.com/GRKxogXDam

Ghaziabad police have arrested nine people in this case so far. Vikram's family has demanded strict action against the accused and refused to take his body.

Some boys including Kamal-ud-Din’s son used to eve-tease my sister. It was her b'day when incident occured. My uncle was coming home with her when Kamal-ud-Din’s son attacked him&shot him. We'll not accept my uncle's body till main accused is caught: Journalist Vikram's nephew pic.twitter.com/IdDhXC9qnt

Earlier, Vikram had filed a case against the miscreants for harassing his niece, but the  Ghaziabad police did not take any action and on July 16, the incident took place. Journalist's brother Aniket Joshi told that a few days ago, the accused youth had made obscene comments on his niece, after which the beating took place. Ever since the report, the accused youth was constantly threatening, but the police did not take any action. Just before this incident in Kasganj, a rape accused out on bail killed the victim and her mother by mowing them down in tractor. Such sensational cases reveal the ground situation in BJP-ruled state UP under the leadership of CM Yogi Adityanath which has worsened and questions are being raised over UP police’s inaction.