Kuwait Not To Issue Work Permits For Expats Above 60 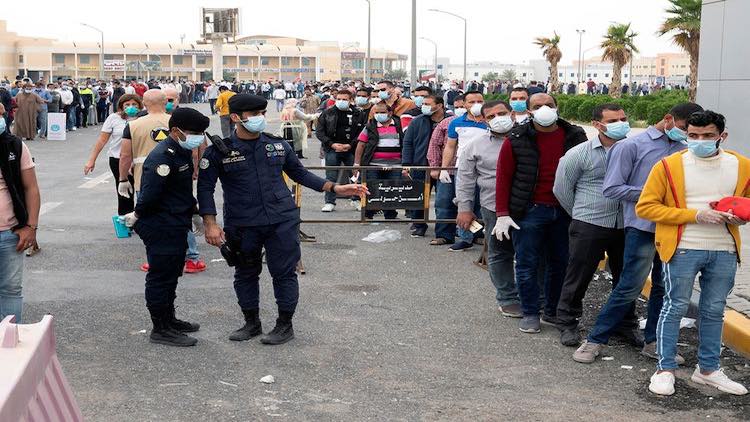 Kuwait will not extend work permits for 68,000 foreign employees aged 60 years and above as country reels under the economic crisis triggered by the COVID-19 pandemic. It is obvious that this step of the Kuwaiti government is a setback for India because Indians work in lakhs in Kuwait and they are sure to have an impact.
Also Read:
April-June India's Economic Activity Worse Than 2008 Financial Crisis: IMF

Ever since the crisis of the Corona epidemic deepened, Kuwait, a rich country with a population of 48 lakhs, has been trying to reduce the number of foreign workers. This new step of him is being seen in this form. Statistics show that about half of the 34 lakh migrant workers in Kuwait are 16 lakh Indians. According to the local newspaper Al Rai, the Kuwaiti Public Authority of Manpower has prepared a list of all migrant workers who are 60 or older and hold a high school or equivalent certificate. Now the work permit of such people will not be renewed and will be canceled by next year. According to the newspaper, 59 or 60-year-old expatriates whose work permits have expired, can now apply for a one-year extension. The newspaper source said, "On January 1, all relevant procedures will be halted when the decision comes and those to whom this decision applies will have to leave Kuwait by the end of 2021. It is being said that" this important decision has been taken by the Government of Kuwait. Has been raised to handle population imbalances and their impact on the labor market. " Kuwait's National Assembly has already approved the 'Draft Expat Quota Bill', according to which it has been talked about reducing the number of migrant laborers. In the Corona era itself, Kuwait Prime Minister Sheikh Sabah Al Khalid Al Sabah proposed to reduce the capacity of migrant workers by 50 per cent in view of future selections. If the Kuwait government repatriates migrant labourers in a big way, it will prove to be a big setback for the Indian economy as the income that India receives every year. Let me tell you, in 2018, those who worked in Kuwait strengthened the country's economy by sending $ 4.5 billion to India.