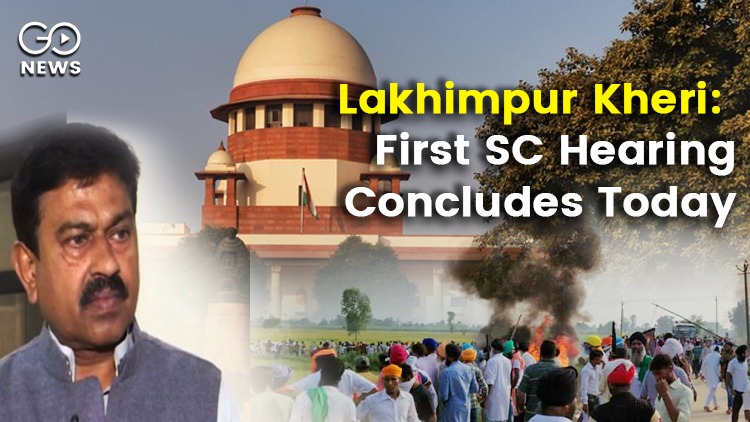 The Supreme Court has concluded its hearing for today in the Lakhimpur Kheri violence case, It has asked the Uttar Pradesh government to submit its status report on the investigation on Friday. In this status report it has ordered the government to furnish the details of all the accused and disclose if any arrests have been made. The court has also ordered that the mother of deceased farmer Lovepreet Singh, who is being reported to be 19 or 20 years old, be provided medical assistance since she is suffering from mental shock. The Bench hearing the Lakhimpur Kheri violence case comprises of Chief Justice N.V. Ramana, Justice Surya Kant, and Justice Hima Kohli. The Court has taken suo moto cognizance of the matter.
Also Read:
India's Abandoned Children: Country #2 In Under-5 Mortality

Advocate Shivkumar Tripathi, who had written to the CJI in context of the Lakhimpur Kheri violence, appeared during the hearing in which he said that appropriate steps are not being taken in Uttar Pradesh to uphold democratic rights. Additional Advocate Garima Malik, appearing for the Uttar Pradesh government, told the court that a Special Investigation Team (SIT) has been constituted to probe the incident and a judicial probe has also been ordered. Judicial Panel Formed Before SC Hearing It is notable that the Uttar Pradesh government has constituted a judicial panel headed by retired High Court judge Justice Pradeep Kumar Srivastava. The state’s Additional Chief Secretary has signed the order and the commission has been told to submit its report within two months. This was done before the Supreme Court began its suo moto proceedings on the matter. On Wednesday, 6th October, Congress leaders Rahul Gandi and Priyanka Gandhi met with the aggrieved families of the deceased. Rahul Gandhi said that “The family members are not satisfied with the postmortem report. They want justice. Everyone knows who the accused is” The UP Police, on the other hand, has said that is investigation is ongoing, and that a case has been registered against 13 people. In an interview given to the English-language news channel NDTV, Additional Director-General (Law and Order) Prashant Kumar said that “We will nab the perpetrators and produce them in court; we know that the world is watching”. He also said that cases have been registered in this matter and that the affected families are satisfied with that. Amit Shah Meets Ajay Mishra On Wednesday, Union Minisnter of State (Home) met his senior, Home Minister Amit Shah, after which it was being speculated that Shah may ask for his resignation, butmedia reports said that there was no discussion on this between the two. The police has registered a case of murder (among other provisions) against Ajay Mishra’s son Ashsh Mishra and several others. Ajay Mishra, on the other hand, denies all the allegations against his son and has even claimed that he has evidence required to refute the claims against hi. site of Sunday’s violence is within the parliamentary constituency that Ajay Mishra represents. The Bureau of Police Research and Development (BPRD) will hold a conference on prison reform and administration with Mishra as chief guest. After the allegations against his son Ashish, this is the first time that he will be holding a function, although the media has been barred from it.