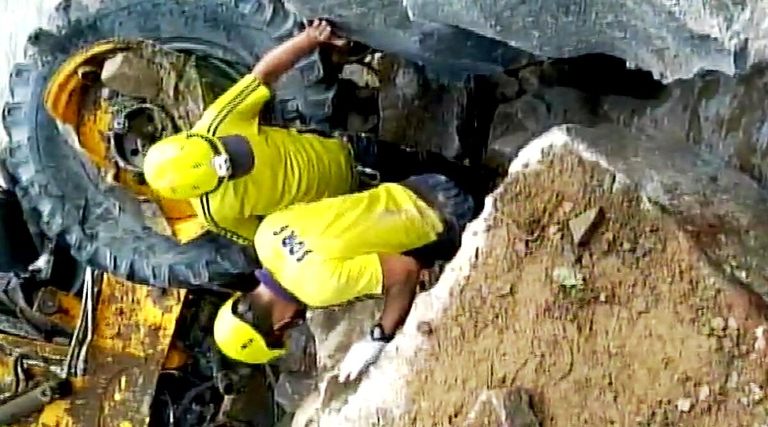 Three people died due to landslide along Rishikesh-Badrinath National Highway in Uttarakhand’s Pauri Garhwal district early on Monday. The State Disaster Response Force (SDRF) team has reached the site and is carrying out operations to clear the highway.

At least two people died after being hit by shooting stones on Rishikesh-Badrinath Highway near Kaudiyala in Pauri Garhwal district, Uttarakhand at 5:20 am today. One more person is feared trapped under the boulders. State Disaster Response Force (SDRF) is at the spot: SDRF pic.twitter.com/oKbH7cP08H

The people who died due to landslide were the operators of JCB and Pokeland machines and were associated with a construction company. All were returning to their site after work when they were hit by shooting stones that occurred near Kodiyala. After which, both machines fell into the ditch and three people were killed. The dead have been identified as JCB operator Prabhat Rajesh and Pokaland operator Sanjeev Kumar. Both are residents of Punjab and the third one is yet to be identified. In Uttarakhand this year too, there has been massive destruction due to rain, floods and landslides. Environmental experts allege that due to indiscriminate construction in the hill state, there has been a huge increase in the number of landslides and more than 100 roads have been blocked in the State. The India Meteorological Department has predicted heavy rains on August 26 and 27 in parts of Dehradun, Pauri, Haridwar, Tehri, Nainital, Chamoli, Pithoragarh and Bageshwar districts. According to the Meteorological Department, between June 1 to August 19, the state has received 764.3 mm of rain, which is slightly less than normal. The entire state has received 10 percent less rainfall than normal.