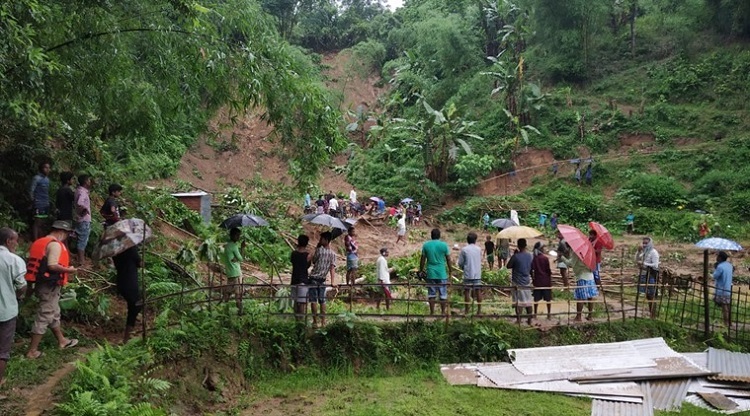 A landslide in the southern region of Assam killed 20 people in Cachar, Hailakandi and Karimganj districts, while many were injured. Teams related to relief and rescue have reached the spots and a campaign is being carried out to rescue the trapped people.

Among the dead, seven people were from Kachar, six from Hailakandi, and six from Karimganj district. It has been raining in the area for the last several days. The landslide is believed to have been caused by rain.

So far, almost four lakh people have been affected by the floods in the state. Goalpara, Nagaon, and Hojai district have caused the most devastation. According to the State Disaster Management Authority, 348 villages have been submerged in flood-affected areas.