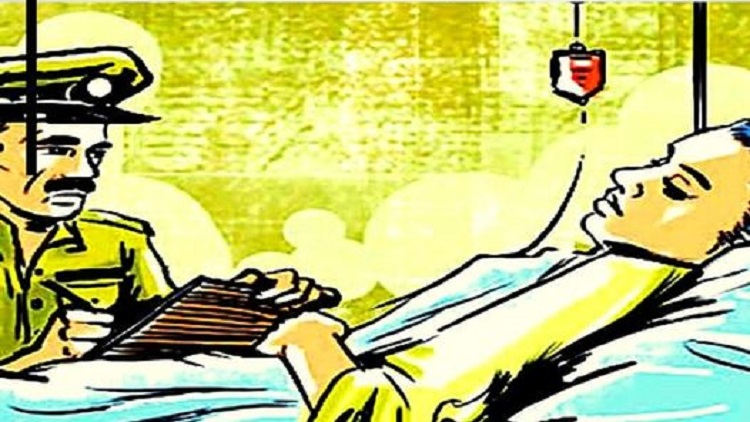 On September 22nd, eight days after her alleged brutal gang-rape, the Hathras brave heart is reported to have recorded her statement before a magistrate. Under law, this statement constitutes a dying declaration, which as per Indian Evidence Act is admissible to establish the cause of death or circumstances leading to death in cases where the cause of that person’s death comes into question. In her statement, the deceased reportedly named the four men, currently charged with her ghastly gang-rape and who had left her with a broken spine, mutilated tongue and other grievous injuries. The law presumes that no person will meet their maker with a lie in their mouth. And the Act notes, “such statements are relevant whether the person who made them was or was not, at the time when they were made, under expectation of death, and whatever may be the nature of the proceeding in which the cause of his[/her] death comes into question.” The victim succumbed to her injuries on September 29th, one week after she is believed to have told the magistrate that “she was afraid to leave the house because she was harassed for six months by the(se) men.” Shortly after her passing, Uttar Pradesh police, relying on forensic reports, stated “there is no evidence the woman was raped.” But later the Chief Medical Officer of Aligarh Muslim University, Jawaharlal Nehru Medical Centre, where the girl was admitted and which conducted the forensic analysis, states the forensic report “holds no value” owing primarily to the samples being collected 11 days after the incident. The delay may have been since the girl was unconscious, but even the President of the Doctors’ Association at the Nehru Medical Centre is reported to have termed the report as “unreliable.” While the subsequent postmortem report also does not specify if rape occurred, owing perhaps to the lapse of two weeks from the incident, it does record “multiple old, healed tears in the victim’s hymen” and that the “uterus contained blood clots and the anal orifice showed old, healed tear.”
Also Read:
Air Turns 'Poor' In Delhi-NCR, AQI Hovering Near 400

In these circumstances, the victim’s last words assume even greater significance and will play a critical role in proving the guilt of those she named. In the Nirbhaya case, a three-judge bench of the Supreme Court laid-down, “in the case of rape and sexual assault, the evidence of the prosecutrix is very crucial and if it inspires confidence of the court, there is no requirement of law to insist upon corroboration of the same for convicting the accused on the basis of it. Courts are expected to act with sensitivity and appreciate the evidence of the prosecutrix in the background of the entire facts of the case and not in isolation.” Courts have repeatedly held that dying declarations should be such that on going through it, “an impression has to be registered immediately in mind that it is genuine, true and not tainted with doubts.” Courts look to determine that such declarations are voluntary, unless it is proved that the declaration was “tainted with animosity and a result of tutoring.” Consequently, the law does not insist upon the corroboration of dying declarations before they can be accepted. Court notes that “insistence of corroboration to a dying declaration is only a rule of prudence.” Hence, when Court is satisfied that the declaration is “not a product of the imagination of the declarant, [then], there is no impediment in convicting the accused on the basis of such dying declaration.” Dying declarations can, therefore, form the sole basis for conviction where they inspire the full confidence of the Court. The unfolding of events post the victim’s demise has left much to be desired. With the CBI having taken-over the case one hopes for a thorough investigation following established legal principles. But all eyes will be focused on our Courts that will conduct the trial and examine the evidence. One is sanguine that the Judges, true to their oath of office will perform their duties without fear or favour, affection or ill-will and in keeping with their Constitutional conscience. As a society, we failed to give the deceased a dignified life given that she lugged the tag of being an ‘out-caste.’ In her death, the nation failed to provide her an honorable farewell given the rushed manner in which she was cremated in the absence of her family. With her gone, the only way to redeem ourselves is by ensuring she gets a fair trial, her statement is accorded the sanctity it deserves under our laws and her family is protected through this protracted process. She deserves in her death the respect we deprived her in her life. If we fail again, this girl will end up becoming just another statistic and we will have only ourselves to blame! Satvik Varma is a counsel based in New Delhi. A graduate of Harvard Law School, he’s licensed to practice both in India and New York.