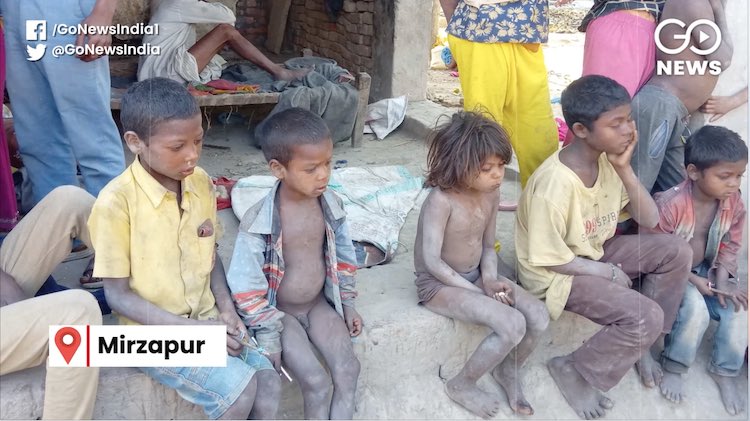 In cities around the country, there are worries over whether Zomato and Swiggy have started delivery or not and which restaurant has started delivering food. However, the concerns of people in small cities and villages, who earn money and subsist on a daily basis, centre around earning their living and accessing food. Similar to other parts of the country, the lockdown has broken the backs of the poor in Uttar Pradesh’s Mirzapur as well.
Also Read:
India’s Official COVID-19 Tracking App ‘Aarogya Setu’ Inspired By Singapore’s ‘T

The Musahar community here has no facilities; most people don’t have Aadhar Cards and ration cards. For sustenance, they used to go to cities to sell ‘dataun’ (neem twigs) and mahua leaves but that has stopped due to the lockdown. Government ration is not reaching here but some organisations are providing these people with foodstuff. From Mirzapur, let’s go to Benaras, where the ‘ghats’ are lying empty and people connected with the profession of conducting last rites have been left unemployed. During the lockdown, people conduct cremation wherever they find a place, somehow complete the last rites and return home. Meanwhile, there are thousands of people in the Ramna village. Several people here do not have ration cards and a lot of trouble is faced in the network due to biometrics. People complain that no time-limit has been fixed for opening and closing ration shops. All members of the family do not have their names in the ration list and those whose names are present are getting rations with difficulty. The Ration Officer sits 16 km away and lodging a complaint with him means a walk of 32 km.  The Mallah community, present here in large numbers, is also in a bad state. The question is whether the steps taken by the government to provide relief to the poor are reaching them or here too, the dirty game played by middlemen has begun. Some people are filling their pockets with money even in this time of crisis and the poor are staring at empty roads in the wait for better days.

By Anjali Ojha 8 hours ago

By Sidharth Pandey 11 hours ago