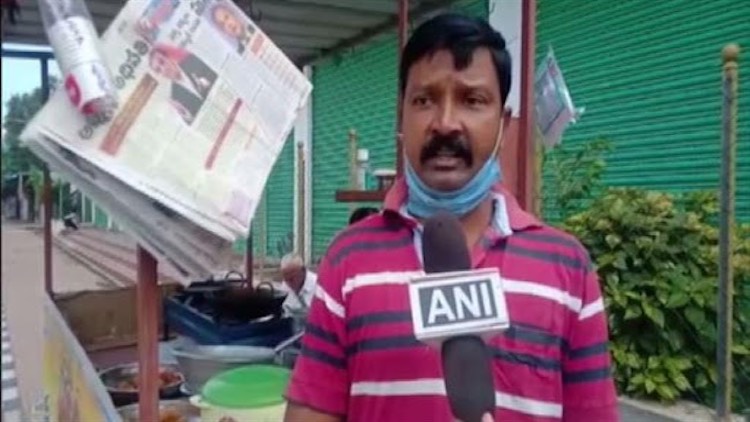 Thousands of people across the country have been rendered unemployed due to the Coronavirus pandemic and are looking for new jobs to survive. One such case has come to light in Telangana’s Khammam where Rambabu Maragani, principal of an English Medium School, has lost his job and is now selling food on the roadside street.

Telangana: Rambabu Maragani, who was a teacher at a private school in Khammam, is now running a food cart with his wife, after he lost his job due to COVID19 pandemic. He says, "Do not depend on anyone. Stand on your own feet". pic.twitter.com/ZgUAygHurG

Rambabu was the principal at the Millennium English Medium School in Khammam but lost his job due to the lockdown enforced after the pandemic. The school management removed him from the job, saying that until the school opens, he does not need a principal. Suddenly, it became difficult for the 36-year-old Rambabu Maragani to provide for his family, which including wife, two kids and his old mother, who had absolutely no money left for medicines. After this, Rambabu bought a food cart for Rs 2,000 and resorted to selling idli, dosa and vada, along with his wife. He is currently making a profit of Rs 200 every day. He said, it felt odd at first but he said it is better to stand on one's own feet than to depend on someone. However, this bitter truth is not just about Rambabu. Recently in Rajasthan, many people were found working under MNREGA who were working as school teachers before the pandemic.