Locust swarms from Africa have become a major cause for concern for farmers in Gujarat’s Banaskantha, Mehsana and Patan districts. Several areas in Gujarat are currently battling the havoc caused by locusts, which are inexorably damaging cotton, wheat and other crops, because of which farmers’ hopes of a good crop are being wiped away.
Also Read:
Babar Azam Reaches Career-Best Test Ranking

According to experts, two large swarms of locusts entered India from Pakistan from the border of Banaskantha’s Vav about 10 days ago. The swarms usually originate in the Arabian Peninsula and the Horn of Africa. In north Gujarat’s Banaskantha district alone, seven tehsils are battling locust attacks. 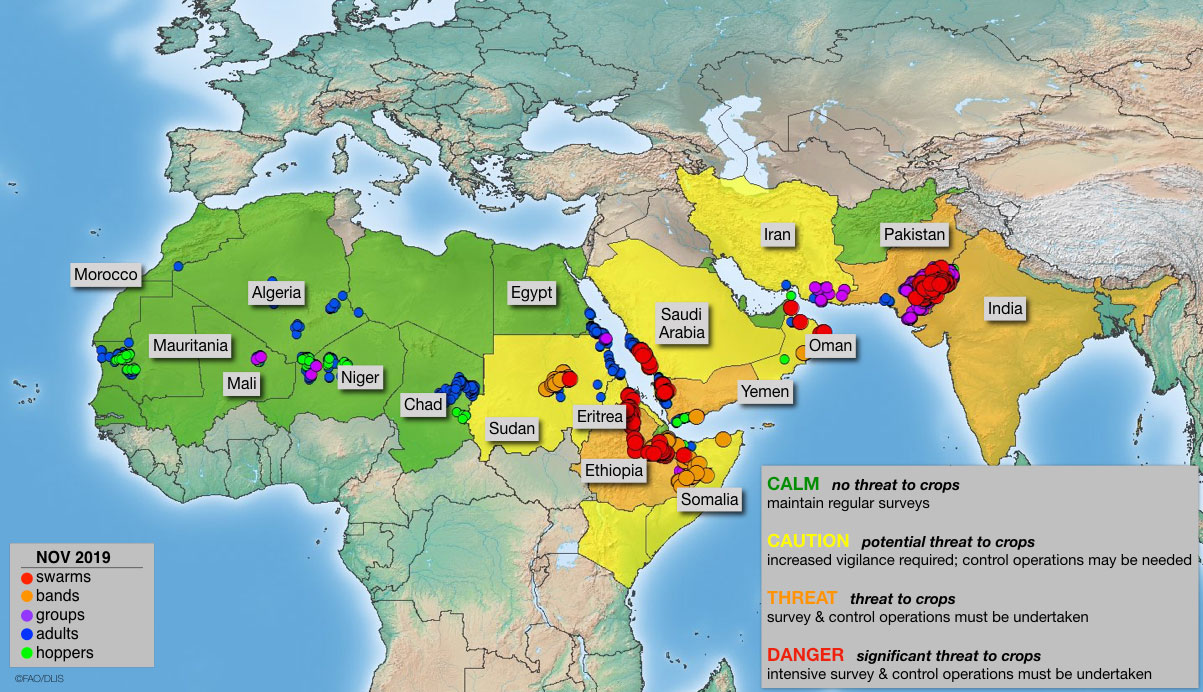 Farmers are making all kinds of efforts to save crops from the damage caused by locusts, from making noise caused by beating metal plates to installing large fans in fields to keep the locusts away. Even schoolchildren have been roped in to try and drive the locusts away from crops.  In some areas, people have tied metal plates to fans in their fields, which are making continuous noise. In some places, farmers are also playing music on loud volume. 18 teams of the District Locust Control Department and the Agriculture Department are engaged in spraying insecticides in the affected districts.