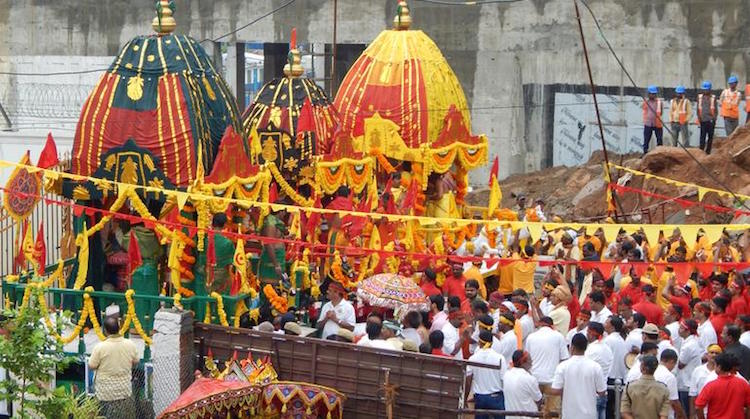 The Supreme Court on Thursday stayed the annual Rath Yatra at Jagannath Temple in Odisha’s Puri due to the Coronavirus pandemic, saying ‘Lord Jagannath will not forgive us if we allow this’. The Puri Rath Yatra was to take place on June 23 and preparations were almost complete. After the SC decision, the Puri temple management board is meeting to decide on the further course of action. Also Read: After BJP MLAs' Resignation, Congress Preparing To Form Government In Manipur

An organization named the Odisha Development Council had filed a petition in the SC that 10 lakh devotees may converge for the yatra. The SC ordered that no secular or religious activity associated with the yatra will take place this year in Odisha. Solicitor General Tushar Mehta argued that the sensitivity of the matter requires that some rituals be allowed.  Chief Justice SA Bobde refused to entertain this submission. He said, “The word ‘juggernaut’ comes from Jagannath; a juggernaut cannot be stopped. So, Lord Jagannath cannot be stopped by this.” Odisha has reported 4,512 Coronavirus cases, 14 deaths and 3,047 recoveries.
TAGS Odisha Puri Jagannath Rath Yatra Supreme Court Coronavirus in India coronavirus COVID-19 pandemic Covid-19

By Rahul Gautam 19 hours ago