Lucknow: FIR Against 4 For Allegedly Instigating Woman And Daughter To Attempt Suicide Outside CM Office 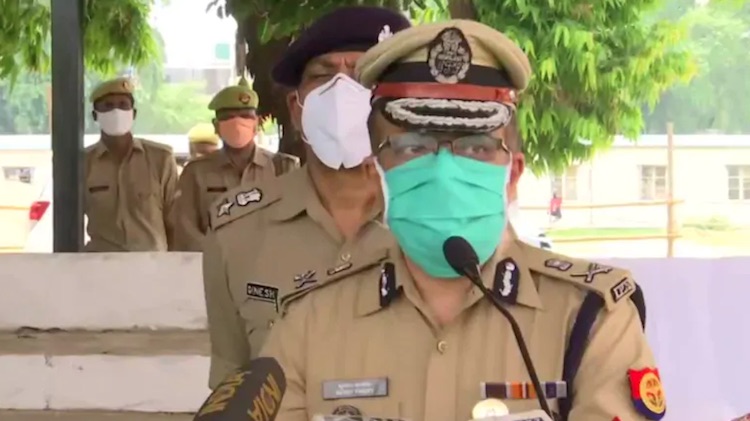 A mother-daughter of Smriti Irani’s parliamentary constituency Amethi set themselves ablaze in front of the Chief Minister’s Office in Lucknow. According to the complaint of the mother and daughter, on May 9, in a quarrel that started over a drain, the village bullies beat them up and allege that Amethi’s Jamo police is siding with the bullies instead of them.

In this accident, Safiya Bano’s body has been burnt to 80 percent and her condition is critical. His daughter Gudiya is burnt to 40%, whose condition is out of danger. At the same time, the Amethi police have started an investigation of the level of an additional SP against four policemen including the SO.

When the matter grabbed eyeballs, Lucknow Police Commissioner Sujit Pandey also addressed the media and said that this incident happened with the connivance of some people under a criminal conspiracy. He said, “It is learned that the incident has been done under a criminal conspiracy.” In which some people have played an important role in instigating women. We have registered an FIR against four people including MIM leader Kadir Khan and Congress leader Anoop Patel.

It has come to light that it was done as per a criminal conspiracy in which some people played key role in instigating the women. We have registered FIR against 4 people including an MIM leader Kadir Khan & a Congress leader Anup Patel: Sujeet Pandey, Lucknow Police Commissioner https://t.co/KR90axabLC pic.twitter.com/0WrdoXL8Q6

Safia and her daughter allege that after the beating when she reached Jamo police station to lodge a complaint, the domineering people there already threatened her and then filed a case against them. Amethi is a high profile parliamentary constituency which is considered to be the Congress stronghold in UP.

However, BJP’s Smriti Irani defeated Rahul Gandhi on this seat in the general elections in 2019. Former Amethi MP Rahul Gandhi and UP Congress in-charge Priyanka Gandhi have kept silent on the whole matter, while the current MP Smriti Irani accepts the police’s claim as true.