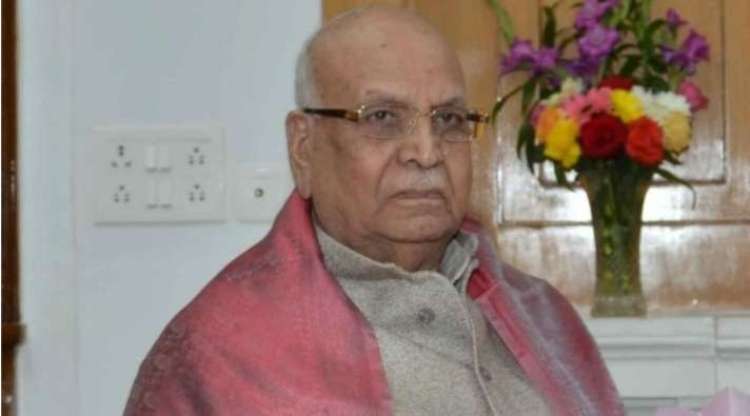 Madhya Pradesh Governor and BJP leader Lalji Tandon died at the age of 85. Lalji Tandon, who had been ill for a few days, was admitted at Medanta Hospital in Lucknow and was put on ventilator support. Tandon breathed his last here. His death was informed by his son and minister in Uttar Pradesh government Ashutosh Tandon. He tweeted — “Babuji is no more.”

According to Dr. Kapoor, director of Medanta Hospital, Lalji Tandon was struggling with a kidney infection and had to undergo dialysis. Meanwhile, his lever was also not functioning properly. On the death of Lalji Tandon, the Uttar Pradesh government has announced a three-day state mourning.

President Ramnath Kovind has expressed grief over Tandon’s death. He said that the ‘country has lost a veteran leader who was an exemplary example of Lucknow Nafasat and prudent intelligence. My deepest condolences to his family and friends.’

Prime Minister Narendra Modi shared a photo of him with Lalji Tandon and tweeted — “Shri Lalji Tandon was well-versed with constitutional matters. He enjoyed a long and close association with beloved Atal Ji. In this hour of grief, my condolences to the family and well-wishers of Shri Tandon. Om Shanti.”

Shri Lalji Tandon will be remembered for his untiring efforts to serve society. He played a key role in strengthening the BJP in Uttar Pradesh. He made a mark as an effective administrator, always giving importance of public welfare. Anguished by his passing away. pic.twitter.com/6GeYOb5ApI

Lalji Tandon was counted among the leaders of UP BJP. He was a minister in the Kalyan Singh government of Uttar Pradesh from 1991–92 and had won the assembly for three consecutive terms from 1996 to 2009. BSP supremo Mayawati used to treat her like a brother and also tied a rakhi.

Tandon was considered close to former PM Atal Bihari Bajpai. In 2009, after Vajpayee broke away from politics, BJP made Lalji Tandon a candidate from Lucknow Lok Sabha seat and he defeated Congress leader Rita Bahuguna Joshi at that time by a large margin.