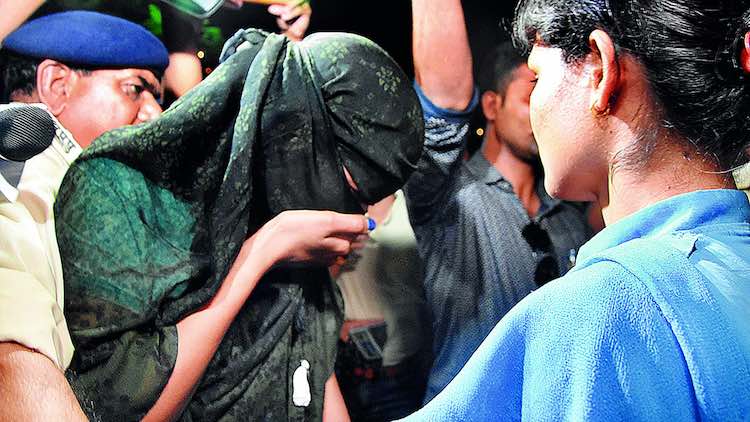 Several top bureaucrats and former ministers of Madhya Pradesh are being investigated by the special investigation team (SIT) in a high profile extortion racket. Over 4,000 files containing screenshots of sex chats, explicit videos and audios are being scrutinised, which show the politicians caught on camera allegedly from both the BJP and Congress.  The clips have been extracted from the laptops and mobile phones of the gang members of a honeytrap ring spread across three states --- Madhya Pradesh, Chhattisgarh and Maharashtra, the police said.
Also Read:
Swedish Climate Activist Greta Thunberg Wins ‘Alternative Nobel’

The gang used these videos not only to extort money but also to grab key government contracts with the help of influential persons they had honey-trapped. The police claimed that close to 50 persons, including political leaders and bureaucrats, were honey-trapped by the gang, six of whom were arrested last week. More than 40 call girls, including a few B-grade actresses from Bollywood, were engaged to honey-trap them. The massive honey trap not only blackmailed VIPs but also lured young girls to use as baits to con people in positions of power. The SIT probing the sex and blackmail syndicate has come across a list of 13 IAS officers — perhaps the biggest such extortion syndicate in the country —that the women kept to record who had fallen for their lure and could now be extorted. The ring handler had created the ‘hit list’ from pages of a government diary, with ticks & codes scribbled against the names of the govt officers. Some had ticks marked against their names, while some names were encircled. Some names had ‘Imp’ or ‘OK’ scribbled against them. The racket came to light after an Indore Municipal Corporation officer complained to Indore police accusing the gang members of blackmailing him and demanding Rs 3 crore as extortion money. The SIT took over the investigation from Indore Police on Wednesday.