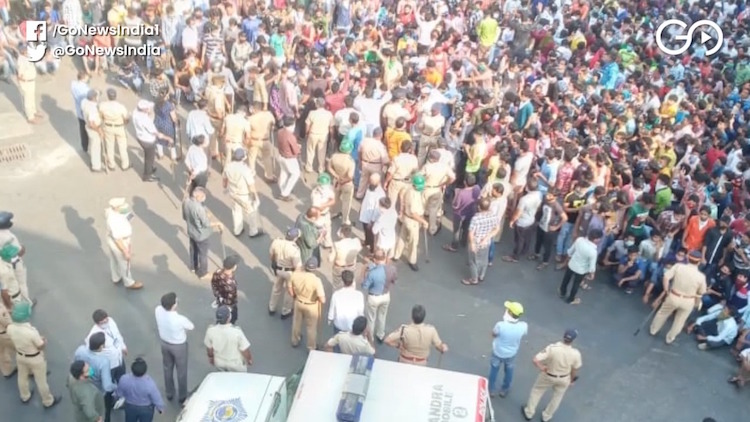 It also filed a case under the Epidemic Act and several serious sections against Dubey and is preparing to send him to jail after presenting him before the local court.  Dubey is a resident of Navi Mumbai and is followed by more than 2 lakh people on Facebook. He had been organising a campaign on social media to send home migrant workers stuck due to the lockdown.  On April 13, Dubey had written on his Facebook handle, “Today, I gave a warning letter in writing to the Central government, state governments of north India. If arrangements are not made by April 18 to send home people stuck in other states, then the movement will become aggressive.” He has written on his Twitter account that his father donated some amount from his life’s savings to fight the coronavirus and Home Minister Anil Deshmukh himself accepted this donation by meeting him. However, the Mumbai Police have arrested him on charges of inciting migrant workers. On Tuesday, thousands of migrant labourers wanting to go back home had gathered at Mumbai’s Bandra area. The police had to resort to baton charge to disperse them.

Mumbai Police arrests a man, Vinod Dubey, for inciting #migrantworkers which led to scores of them gathering outside #Bandra station on Tuesday in a misguided bid to return to their native places@mumbaipolice #coronavirus #coronavirusindia pic.twitter.com/Bt9TvVSAPR