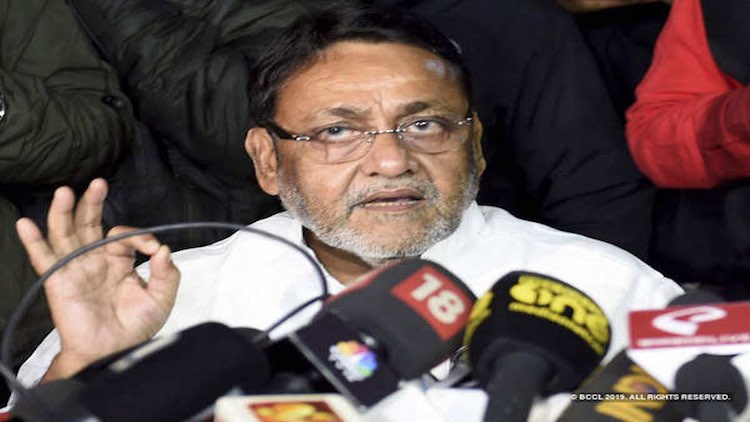 A day before a Floor test ordered by the Supreme Court, Devendra Fadnavis on Tuesday announced his resignation as Maharashtra CM, shortly after NCP's Ajit Pawar quit as Deputy CM. The Shiv Sena-NCP-Congress alliance will stake claim to form the next government, NCP leader Nawab Malik said. Speaking to reporters, Malik said, "After Uddhav Thackeray is elected as our leader, will go to the Governor yo stake claim to form the government." Thackeray may have a deputy each from the NCP and Congress.
Also Read:
'Pagalpanti Tanks, 'Frozen 2' Scores Big At The Big Office

Earlier, BJP MLA Kalidas Kolambkar took oath as Protem Speaker, administered by Governor Bhagat Singh Koshyari Addressing a press conference, Fadnavis said, "After this, I'll go to Raj Bhavan and tender my resignation. I wish them all the best whoever will form the govt. But that will be a very unstable govt as there is a huge difference of opinion." "Ajit Pawar is with us," said Shiv Sena's Sanjay Raut, shortly after news of Pawar's resignation broke out. Former Prime Minister & Congress leader Dr. Manmohan Singh on Tuesday hoped the NCP-Shiv Sena-Congress combine will be able to form a govt in Maharashtra. On Opposition boycotting the joint session of Parliament on Constitution Day, he said constitutional norms are being violated by the present establishment and added that he hopes all parties "abide" by the constitutional law. “I hope they will. We all respect the Supreme Court, we should respect its judgement,” Singh said, replying to media queries.

Former PM Dr. #ManmohanSingh on the occasion of #ConstitutionDay says constitutional norms are being violated by the present establishment and added that he hopes all parties "abide" by the #constitutionallaw pic.twitter.com/aqOXBgaC1J

Earlier today, the Supreme Court said the BJP government in Maharashtra will have to prove it has majority “within 24 hours” or on Wednesday, ruling on a petition challenging the sudden government formation on Saturday where Fadnavis took oath as Maharashtra CM with Ajit Pawar lending his support as his deputy.  A three-judge bench headed by Justice NV Ramana and comprising Justices Sanjiv Khanna and Ashok Bhushan on Tuesday said the Floor test will be conducted through an open ballot and the proceeding will have to be telecast live.

Stage set for #FloorTest in Maharashtra Assembly on 27th Nov

Swearing in of new MLAs to be completed by 5pm

The 5 pm deadline to conduct a Floor test in the Maharashtra Assembly could lead to BJP leader Devendra Fadnavis and NCP leader Ajit Pawar losing their chairs. As far as numbers game is concerned, Fadnavis needs at least 40 non-BJP MLAs to prove his majority, but despite all the manipulation, so many MLAs seem difficult to mobilize. On Monday, the trio of Shiv Sena, NCP and Congress showed their strength by holding a parade of at least 162 MLAs at the Grand Hyatt Hotel.  With high morale, Shiv Sena leader Sanjay Raut on Tuesday said in a tweet that he has more than 162 MLAs.

It is because of the support of so many MLAs that the Shiv Sena, NCP and Congress themselves are demanding to prove their majority in the Maharashtra Legislative Assembly at the earliest.