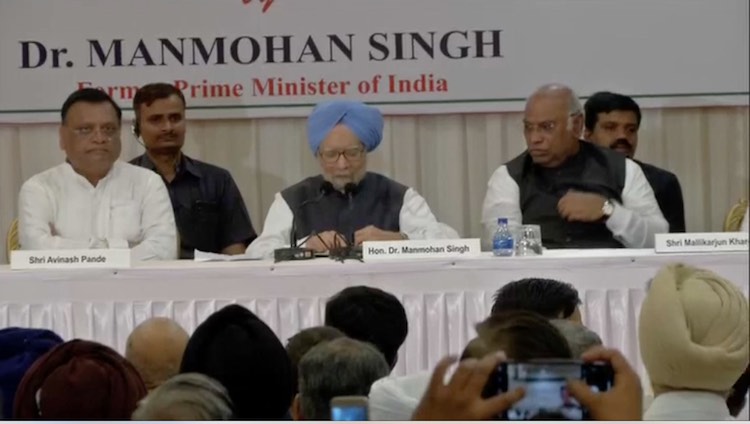 Former PM, Dr Manmohan Singh, said the government is obsessed with trying to somehow fix the blame for the economic crisis on its opponents, being itself unable to find a solution that will ensure the revival of the economy, particularly the banking sector. Dr. Singh was addressing business leaders, professionals and the media at an interaction at the MCA lounge in Mumbai's Wankhede stadium.
Also Read:
Air Quality In Delhi-NCR Deteriorates Further

He spoke about the current economic slowdown and the hard-hit auto sector and also said that the BJP government has failed in Maharashtra. He also appealed to both the state and central government to resolve the crisis which has left 16 lakh PMC Bank customers in the lurch. His address comes as Maharashtra goes to the polls on October 21. Elaborating on various topics, Dr. Singh raised the following issues: