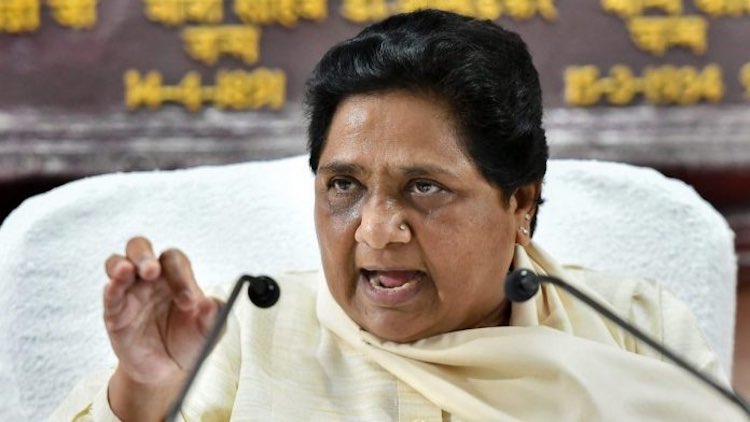 The Bahujan Samaj Party (BSP) has opposed the Citizenship Amendment Bill (CAB), which is being introduced to provide citizenship on the basis of religion. Addressing a press conference, BSP chief Mayawati said that this Bill is unconstitutional and the BSP does not support it. Also Read: Air Turns Foul Again In Delhi-NCR, AQI Above 300 In Many Areas

She said, “The central government is bringing in the CAB in a hurried and immature manner. This Bill is completely divisive and unconstitutional. Through this Bill, providing citizenship based on religion and discriminating against citizens is a step against Dr Ambedkar’s intention and the basic structure of a humanitarian and secular constitution. That’s why the BSP does not agree at all with this Bill in its current form.” Mayawati said, “Instead of forcibly imposing this Bill on the country, the central government should reconsider it and send it to the Parliamentary Committee, so that it is brought in front of the nation in a constitutional manner.” During the press conference, Mayawati also made it clear that if the central government takes right and appropriate decisions in the national interest and public interest, according to the Indian Constitution, then the BSP will rise above party politics and support them. She made special mention of Jammu and Kashmir and said that the BSP took the decision to support the abrogation of Article 370 based on Dr Ambedkar’s ideology and keeping in mind the unity and integrity of India. Mayawati also attacked the Congress during the press conference. She said that the Congress and its allies are engaged in misleading Muslims following the BSP’s decision on Article 370. She said further, “If our attitude toward Article 370 was different, then today the BSP would not have been standing in open opposition of the CAB brought in by the central government.”

JUST IN; #BSP Supremo #Mayawati voices her concern is against the current form of the #CitizenshipAmendmentBill C(A)B. She says government should reconsider aspects of the Bill and it should be sent back to the parliamentary committee. pic.twitter.com/ATArpIxjZu