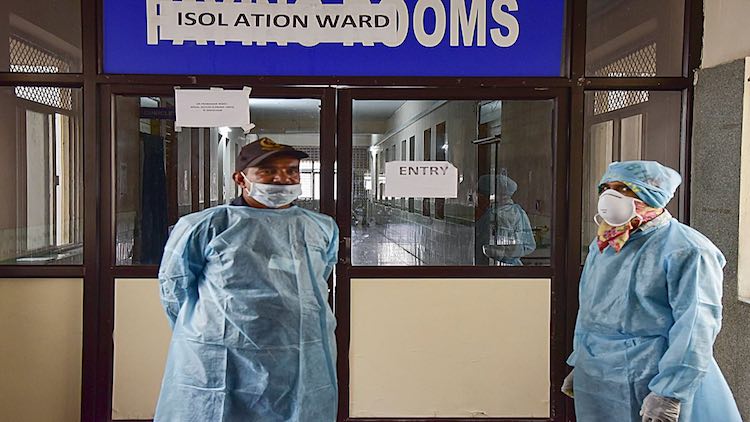 In the time of the Coronavirus pandemic, some hospitals have crossed all limits of fraud and making money. rA video has gone viral in which a hospital employee is seen offering a fake negative coronavirus report for Rs 2,500 in Uttar Pradesh’s Meerut.
Also Read:
Kanpur Encounter: History-Sheeter Vikas Dubey Still On The Loose, Bounty Increased To Rs 2

In the video, the owner of the New Meerut hospital is talking to some people to make negative fake reports of COVID-19 test from the district hospital in exchange for money so that they can avoid getting quarantined. After this, people are heard saying in the video that the accused employee was given Rs 2000 and the remaining Rs 500 was to be given after getting the negative report of the test. After this video surfaced, a case has been registered against the hospital owner Shah Alam under various sections including fraud, Epidemic Diseases Act. Meerut DM Anil Dhingra has also directed Chief Medical Officer Raj Kumar to take immediate action in this matter. The DM said that the license of the hospital has been suspended, and the place has been sealed and an inquiry committee has also been constituted. Now the police is investigating the role of more people in this case and how many people were given fake corona negative test reports. So far, 1117 cases of coronavirus have been registered in Meerut and 69 people have died.