Metro Services To Resume In Many Cities Including Delhi 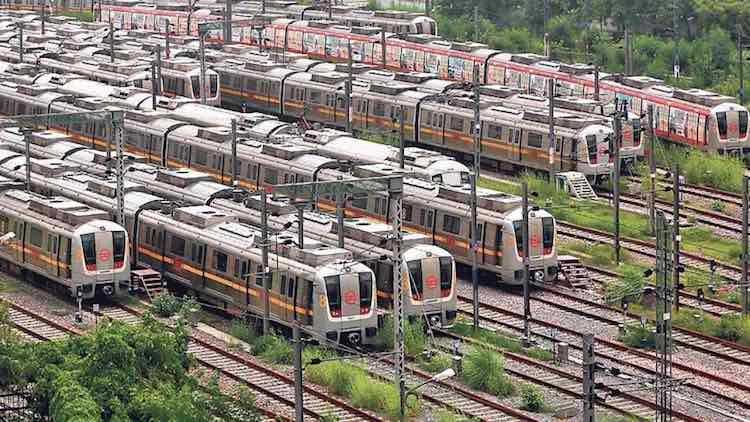 Due to the Coronavirus pandemic, Delhi Metro, which has been closed for the last five months, will resume its services from September 7-12 in three phases.  According to the guidelines by the Delhi Metro, there will be entry through a gate and only asymptomatic people will get entry. Apart from this, strict monitoring will be done on wearing masks and physical distancing. DMRC also said that tokens will not be issued during this time, only smart cards will work.

The graded resumption of metro services would be done linewise with specific timings in three stages as follows. #MetroBackOnTrack pic.twitter.com/8QgvgTCZCj

In the first phase, from September 7, the operation of Yellow Line i.e. Samaypur Badli to Huda City Center and Gurugram Rapid Metro will be started at 7 am. The Metro will run only on the Yellow Line during the morning hours from 7 am to 11 am and in the evening peak hours i.e. 4 to 8 pm. From September 9, the blue line will go from Dwarka Sector 21 to Noida Electronic City Centre and Vaishali. Whereas from this day, the Pink Line will start on the Majlis Park to Shiv Vihar route from 7 am. On September 10, the Metro will start running on the Red Line from 7 am. However, the metro will run only on all these lines from 7 am to 11 am and from 4 to 8 pm in the evening. In the second phase, the magenta line from Janakpuri West to Botanical Garden and the grey line from Dwarka to Najafgarh will be started. In the third and last phase, from September 12, an attempt will be made to restore the service of the metro on all lines as usual and completely. From that day onwards, the airport express line will also start and the metro will run on all lines from 6 am to 11 pm as per their earlier normal timings. According to Durgashankar Mishra, secretary of the Ministry of Urban Affairs, initially, the frequency of the metro would be between 5 and 7 minutes while the metro used to come in the first two and a half minutes. The reason behind this is that due to the crisis of Coronavirus, now the entire train will be sanitised after every trip. According to the new rules, entry and exit gates in the Containment Zone will remain closed. At the same time, the metro will be stopped at the station for 30 seconds so that the passengers can climb up, taking care of social distancing, while the metro will be stopped for 60 seconds at large interchange stations. Each train will have a maximum of 350 passengers, that means 50 to 60 people will be allowed to sit in a coach and during this time it will be necessary to maintain 1 meter second from each other. At the same time, after getting the green signal in Unlock 4.0, the rest of the metro across the country including Chennai, Kochi, Bangalore, Jaipur, Hyderabad, Lucknow will be resumed. However, the Maharashtra government has decided not to resume the metro services in the state.