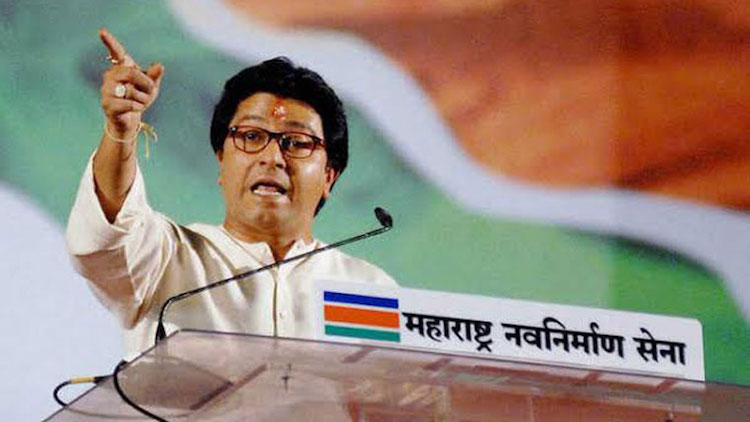 Raj Thackeray led Maharashtra Navnirman Sena (MNS) has started ‘India vs infiltrators’ campaign in Aurangabad, offering a reward of Rs 5,000 to anyone who will give tip-offs about illegal infiltrators. Although the MNS has been active in Maharashtra’s politics for the past 13 years, it has no public support base. It currently has just one MLA in the Maharashtra assembly and its future is in jeopardy.
Also Read:
Coronavirus Spreads Globally, Iran Among Worst Affected

After suffering a major defeat in playing politics based on Marathi identity, the MNS is now raising the issue of Bangladeshi infiltrators, in the hope that there will be some improvement in its sorry state. After launching his son in politics through the MNS, Raj Thackeray is conducting a campaign against Bangladeshi immigrants in the state. The party has started a campaign in Aurangabad, in which anyone providing information about Bangladeshi infiltrators will be given a reward of Rs 5,000. Earlier, on February 23, MNS workers had barged into a home in Pune, alleging that Bangladeshi infiltrators were present there. After misbehaving with the families present there, the MNS lodged a complaint at a police station. However, police inquiry revealed that they were not Bangladeshi but Indians from West Bengal.  On finding this out, the MNS was very embarrassed and now, it has announced a reward for people providing clues about Bangladeshis. Given that the government of India has no data on how many Bangladeshi infiltrators are present in the country, the question is how will MNS workers ferret out this information. The MNS is currently grappling with a crisis of existence. The party did not field any candidate in the 2019 Lok Sabha elections and it won just one seat in the Maharashtra assembly elections. Before the MNS, the issue of Bangladeshi infiltration had been raised by the Bharatiya Janata Party (BJP) and anarchy is being generated in society under its garb. In January this year, a slum dwelling in Bengaluru was destroyed on the orders of Karnataka BJP MLA Arvind Limbavali. This action was taken when most residents of the slum, who are labourers, had gone out for work. Later, an inquiry revealed that they were all Indian citizens. The question that arises is whether the identification of infiltrators and expatriating them to their respective countries is the work of the police and government or of workers belonging to political parties? Watch the full report here:

In a bid to chalk out illegal #Bangladeshi and #Pakistani #infiltrators in #Maharashtra, Maharastra Navnirman Sena announces Rs 5,000 reward for anyone giving tip-off about the infiltrators@RaGa_reports @mnsadhikrut