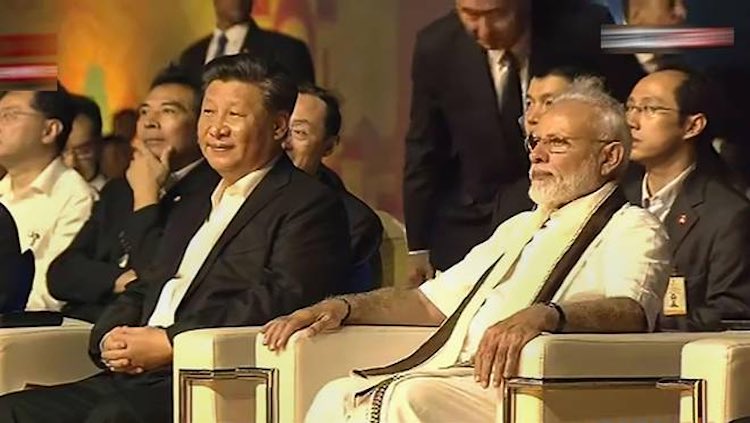 Prime Minister Narendra Modi and Chinese President Xi Jinping concluded their two-day informal summit on Saturday at Mahabalipuram, about 50 km from Tamil Nadu’s capital Chennai. The two leaders were engaged in an hour-long discussion at the Tango Hall in Taj Fisherman's Cove, a resort at Kovalam near Chennai. Also Read: Turkey Syria Offensive: Heavy fighting On Third Day Of Assault

Here are top updates on the PM Modi-Xi Jinping meet: Prime Minister Narendra Modi said here that a new era of cooperation will begin on Saturday in Sino-India ties through the "Chennai connect". "The Wuhan spirit had given a new momentum and trust to our ties. A new era of cooperation will begin today through the 'Chennai Connect'," PM Modi said at the delegation-level talks between the two countries.

I thank President Xi Jinping for coming to India for our second Informal Summit. The #ChennaiConnect will add great momentum to India-China relations. This will benefit the people of our nations and the world. pic.twitter.com/mKDJ1g5OYO

Xi Jinping also expressed his desire to continue with informal summits in the future. Following the first informal summit in Wuhan in 2018 and the second summit at Mahabalipuram this year, he said that they had made the right decision in conducting these informal summits. Indian Foreign Secretary Vijay Gokhale said the two leaders had detailed discussions on varied issues, including terrorism, increasing radicalisation, enhancing bilateral trade between the two nations and investments, among others.

Foreign Secy Vijay Gokhale: The two leaders today had a conversation for almost 90 minutes,followed by delegation level talks and then lunch was hosted by PM Modi. A total of 6 hours of one to one meeting was held between the two leaders during this summit. #Modixijinping pic.twitter.com/PfV1swubZN

He also revealed that the Chinese side has accepted there are concerns in the Regional Comprehensive Economic Partnership. The exact modalities to balance out trade concerns will be worked out later. India, China agree to enhance people-to-people contact. It was decided that public of both countries must be brought in the relationship. Ideas were exchanged on this, Gokhale said. China has proposed to set up a specific channel to address trade-specific concerns between the two countries. Chinese vice premier will remain in touch with finance minister Nirmala Sitharaman as part of a formal trade discussion channel, Gokhale said.

Foreign Secy Vijay Gokhale: A new mechanism will be established to discuss trade,investment and services,at an elevated level. From China it will be the Vice Premier, Hu Chunhua and from India it will be FM Nirmala Sitharaman pic.twitter.com/msz6pwgU2I