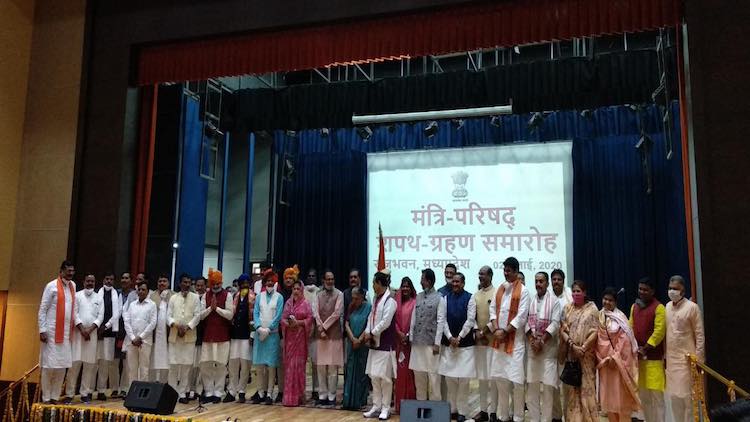 After almost three months, Shivraj Singh Chouhan-led Government in Madhya Pradesh on Thursday expanded his cabinet. Acting Governor Anandiben Patel administered the oath of office and secrecy to a total of 28 ministers including 20 cabinet and 8 ministers of state in the capital Bhopal.
Also Read:
Will Border Disputes In The Himalayas Affect Climate Research?

In the cabinet expansion, 12 ministers who switched from Congress to BJP were sworn in, of which 11 ministers belonged to Jyotiraditya Scindia camp.