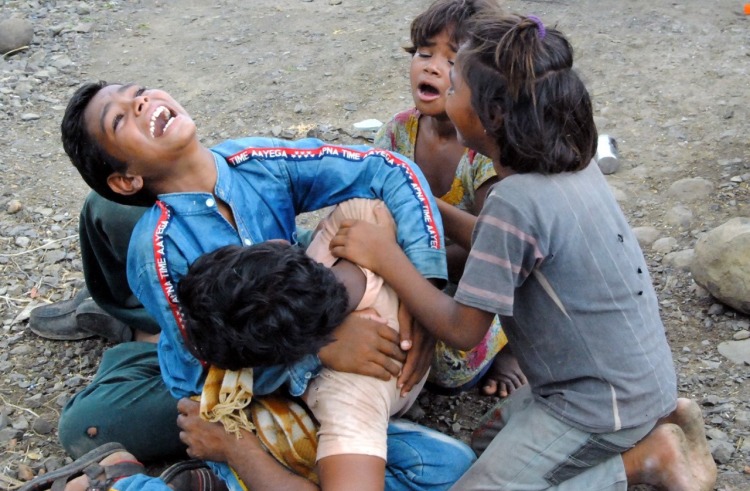 The case is from the Jaganpur Chak of Cantt police station area, where the anti-encroachment squad of Guna Municipality reached under the leadership of SDM and started running JCB on the sown crop of Rajkumar. On protesting, the police started beating Rajkumar.

According to Rajkumar, he does not have a land lease, but his grandfather-great-grandfather has been cultivating on the same land. Rajkumar appealed to the administration that he has planted a crop with a loan of Rs 4 lakh and now the crop has sprouted. The victim's family kept pleading with the police team not to run bulldozers on it, otherwise, it would be catastrophic for the 10-12 people in the family.

According to local media reports, the encroached land has been shared by Rajkumar and his wife Savitri and live in a hut with their six young children. As soon as the administration team arrived to take action, Raju and his wife Savitri first pleading with the officers, but when the officer did not listen and started running JCB on the standing crop, Prince Savitri rushed to the hut and drank pesticide.

Wife Savitri collapsed on the spot due to pesticide drinking and shortly afterwards husband Raju also drank the pesticide. Seeing both parents in this condition, the children started crying, both of whom were hurriedly admitted to the hospital. It is being told that the condition of the woman in the hospital still remains critical. Tehsildar N Singh of the area says that the land on which the Dalit family cultivates has now been allotted for the college, so those who had encroached were being removed.