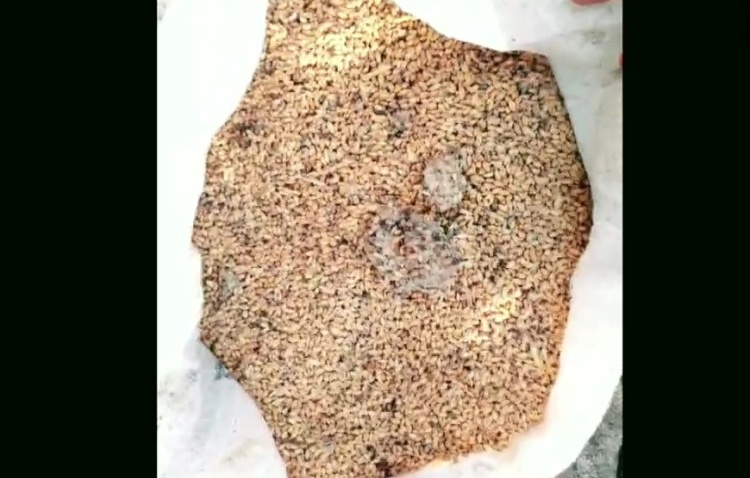 Farmers in Madhya Pradesh are facing hardships in selling their wheat produce due to long queues at the Wheat Procurement Centres amid lockdown. Many farmers in state CM Shivraj Singh Chouhan's constituency say they have been standing in queues for the past four days without food or water but their wheat produce has not even been weighed so far. Farmers say over 200 tractors are lined up in a kilometre-long queue carrying thousands of quintals of wheat at the Wheat Procurement Centre at Budhni town in Madhya Pradesh’s Sehore district. Also Read: Heart-Rending Walk Of A Migrant Family

The Barkheda Hasan village in Sehore district falls under the Budhni Assembly segment and state Chief Minister Shivraj Singh Chouhan is the MLA from here. The farmers are demanding that the district administration should pay attention to their plight as soon as possible so that they can go back home after selling their wheat crop. Opposition Congress has launched an attack on the Government on the matter. Kalapipal MLA and Youth Congress State President Kunal Choudhary alleged that the Shivraj Singh government is harassing farmers during the sale of wheat produce. He said that this is like opening fire at farmers, which used to happen in the previous BJP government. Now, farmers are again being made to stand in line for five days, he added.

Meanwhile, farmers also informed that they have to rent tractors and trolleys in order to take their wheat produce to the Procurement Centres. They bring their vehicles back home when traders don’t buy their produce. Their produce is not being purchased and they also have to pay double the rent.  Due to unseasonal rainfall, both wheat and other standing crops have already been destroyed. Now, farmers’ wheat crop is also not being purchased and this is adding to their burdens. If this is the situation in Budhni (CM Shivraj Singh’s constituency), you can imagine the state of affairs in other areas of Madhya Pradesh. Watch the video story here:
TAGS Madhya Pradesh CM Shivraj Singh Chouhan Barkheda Hasan village Budhni town Wheat Crops Lockdown wheat produce wheat Sehore MP Farmers Farmers Madhya Pradesh