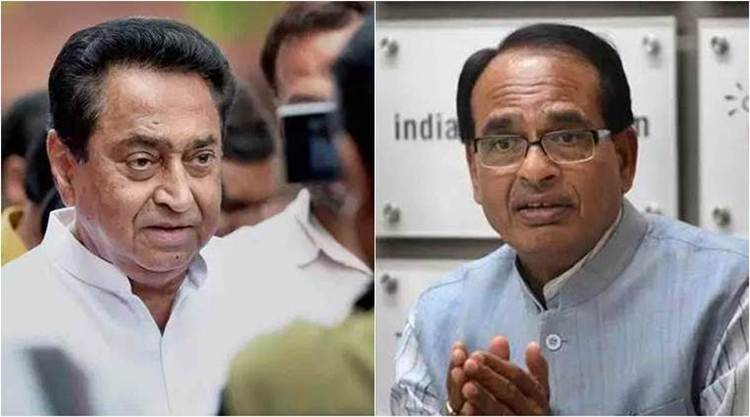 Despite the Congress losing power in Madhya Pradesh, the exodus of MLAs hasn’t yet halted. In just six days, two Congress MLAs have resigned from the party. On Friday, Congress MLA Sumitra Devi Kasdekar from the Nepanagar Assembly seat in Burhanpur district resigned from the membership of the assembly. By the end of the evening, the Speaker of the Assembly Rameshwar Sharma also accepted the resignation of the MLA, soon after which Sumitra Devi joined the BJP in the presence of CM Shivraj Singh Chauhan.

After joining BJP, Sumitra Devi said that people are suffocating in Congress and Congress is a sinking ship. The same family is in control of the party. The president is sometimes Sonia Gandhi and sometimes Rahul Gandhi.

On Sunday before Sumitra Devi, Congress MLA Pradyuman Singh Lodhi from the Bada Malhra assembly seat resigned from the party and as an MLA. On Sunday evening, MLA Pradyuman Singh Lodhi was appointed the chairman of the Civil Supplies Corporation, whose status is equal to the state cabinet minister. At the same time, Pradeep Jaiswal, who was a minister in the Kamal Nath government, has been made the chairman of the Mineral Corporation by the BJP government, while Pradeep Jaiswal is an independent MLA.

On the MLAs’ exodus, Madhya Pradesh Congress executive president and former minister Jitu Patwari tweeted targeting the BJP and Shivraj Singh Chauhan — ‘BJP can take the number of by-elections in Madhya Pradesh to 24, 25 or 26 ..! Shivraj Ji commit political sins. The day the by-elections are held, the BJP’s grandeur will end and now the people will not vote for the BJP for the next 15 years.’\

After the resignations of Pradyuman Singh Lodhi and Sumitra Devi, the strength of the Congress in the Madhya Pradesh Assembly has come down to 90. Due to a total of 24 MLAs leaving the Congress and the death of two MLAs, currently, 26 seats in the Assembly are vacant and the effective strength of the Assembly has gone up to 204. BJP has 107 MLAs while it has four independents, two BSP and one SP MLA.