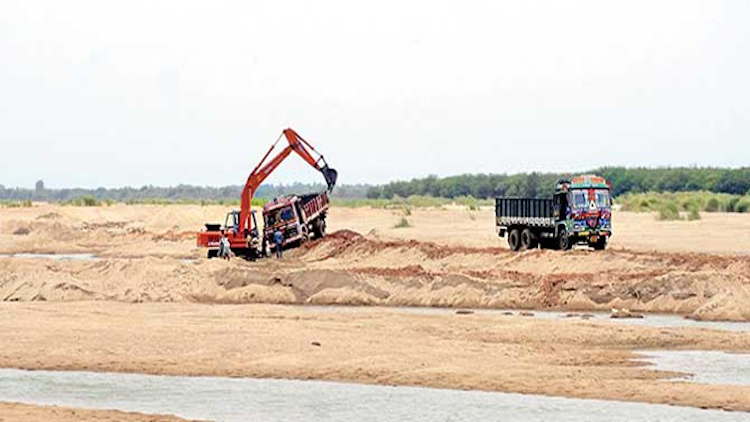 Mining mafia in Shivraj Singh Chouhan-led Madhya Pradesh government attacked police personnel, injuring three, while the cops were attempting to stop a tractor-trolley laden with illegal sand in Dewas district. The sand was illegally extracted from the Fatehgarh Ghat of the Narmada River.

Madhya Pradesh: Driver of Kannod SDOP & two Police personnel were injured after they were attacked while attempting to stop a tractor-trolley laden with illegal sand, in Dewas y'day. Addl SP says, "We've identified 5 people. FIR being registered & all of them are being arrested" pic.twitter.com/mCd3DN4AQD

This incident happened when Kannod Sub-Divisional Officer of Police (SDOP) Brajesh Singh Kushwaha was going from Kannod to Satwas with two policemen. The police team saw many tractors and trolleys filled with sand, which did not stop while they were asked to stop.  Also Read: Fuel Prices Hiked For 23rd Day Running, Rahul Gandhi Launches 'SpeakUp' Campaign

After this, SDOP driver Himanshu overtook the tractor and approached to talk to the driver, and then he was attacked with wooden plank and iron rod. When two policemen came forward to save him, he was also attacked. After this, all the accused escaped. At present, the Dewas police have arrested all the accused. Madhya Pradesh Congress taking a dig at the State Government wrote on Twitter.

According to an estimate, nearly 30 people have been murdered in Madhya Pradesh in the last one and a half years on the order from the mining mafia.  Last year, in the reply given by the Union Ministry of Mines in the Lok Sabha, it has been accepted that Madhya Pradesh is second in the case of illegal mining.  According to the data, between 2013-14 and 2017-18, around 50,259 cases of illegal mining were reported in Madhya Pradesh, but FIR was registered in only 516 cases.  While Maharashtra had the highest number of 1,44,784 cases, but only 794 FIRs were registered there.
TAGS Shivraj Singh Chouhan Police Personnel Police Dewas sand mafia sand mining Madhya Pradesh government Madhya Pradesh