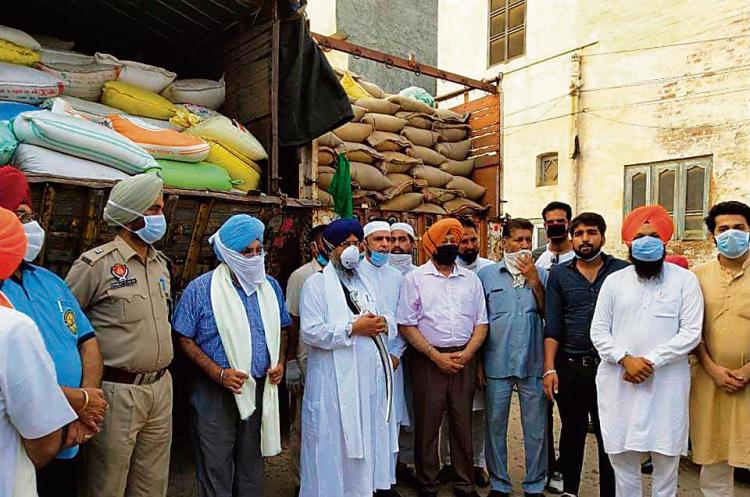 The mutual brotherhood between Sikhs and Muslims is unbreakable in Punjab, where the example of communal harmony is often seen. Now, due to the absence of food grains in the langar in the Golden Temple, the Muslims of Malerkotla offered 330 quintals of wheat. The Muslim families were welcomed by Sikhs in a magnificent way in the Golden Temple. Malerkotla is the only Muslim-majority town in Punjab where the relationship between the followers of the two religions is very strong. At the time of Partition in 1947, when entire Punjab was burning, the fire did not reach Malerkotla.
Also Read:
Eight-Month-Old Infant Among Eight Dead In Arunachal Pradesh Landslides

Dr Naseer Akhtar, president of the Sikh Muslim Sanjha foundation, said that “every day one lakh people eat food at the langar in the Golden Temple. After we came to know that the authorities are facing trouble due to lack of ration, so we came here with foodgrains.” According to Mohammad Parvez, member of the foundation, the Muslims of Malerkotla generously donated wheat and 330 quintals of wheat were collected in 22 days. “We purchased wheat from the money that some families had donated, which had amounted to Rs 1.50 lakh. Dubai-based businessman and philanthropist Surinder Pal Singh Oberoi, along with Takht Patna Sahib Jathedar Ranjit Singh, flagged off the trucks carrying wheat,” he said. When the Muslims arrived with wheat trucks, the Sikhs welcomed them and they also partook langar. At the time of farewell, all of them were gifted the symbols of the Golden Temple.