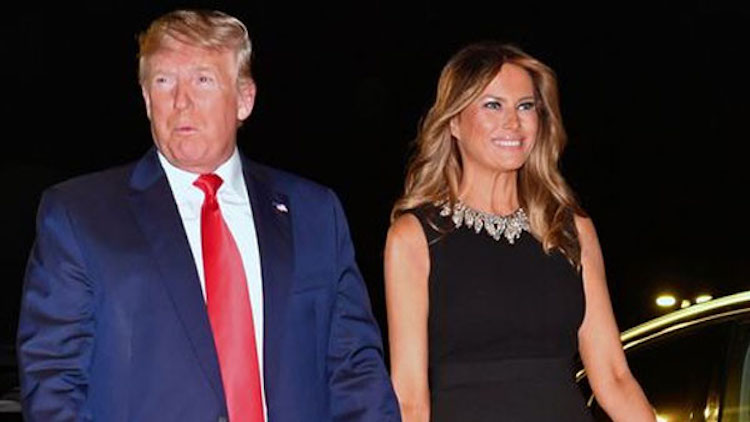 Special security arrangements are being made for the two-day India tour of U.S. President Donald Trump. On February 24, President Trump will visit the Taj Mahal in Agra along with his wife Melania Trump. The work of Agra’s beautification is going on in full swing before his trip. Shops on the route that will be taken by Trump’s convoy are being given a fresh coat of paint. Signboards of all the shops are being coloured uniformly so that they appear attractive. Work is going on to clean up roads and spruce up shops. Also Read: Eight Killed In Attack On Shisha Bars In Germany's Hanau

According to shopkeepers, the administration at least took notice of their condition because of Trump’s visit.  Meanwhile, police officers say that special arrangements have been put in place for the presidential visit. Verification of shops, houses and hotels near the Taj Mahal is being carried out, so that there is no problem of any sort. Police personnel will be stationed at several places and more than 5,000 police personnel will be deployed on the route from the airport to the Taj Mahal. Apart from CCTV cameras, spy cameras have also been installed at several spots, so that everything can be monitored closely. It is evident that after learning from its past experiences, the government does not want to leave any stone unturned this time around. Bylanes and some roads in Agra had been closed during former U.S. President Bill Clinton’ visit to the town, due to which it was eerily quiet everywhere. Maybe that is why Clinton had called Agra a ‘ghost town’.