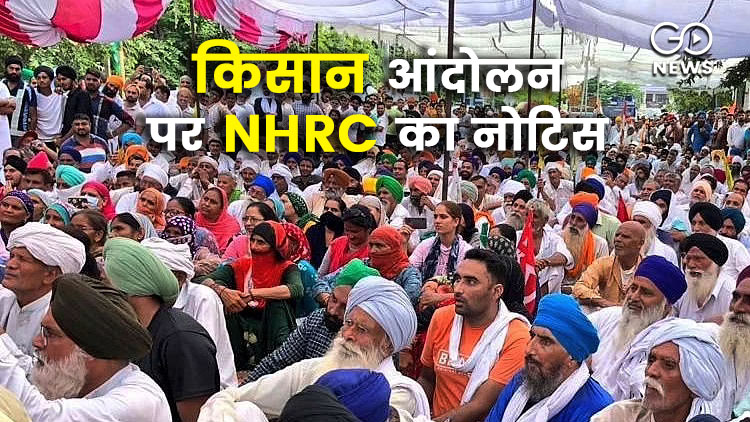 The National Human Rights Council (NHRC) has sent notices to the Union and State governments of Delhi, Rajasthan, Haryana, and Uttar Pradesh wherein the rights body has expressed concerns on the farmer agitations on these states’ borders. It has said that it has received complaints of the “adverse effect” of the demonstrations on industrial units and transportation in those areas. The press release dated 14th  September 2021 says: “The National Human Rights Commission, NHRC, India has received several complaints regarding the ongoing farmer's protest. There are allegations of adverse impact on the industrial units, seriously effecting more than 9000 micro, medium, and large companies. Allegedly, transportation is also adversely impacted, causing the commuters, patients, physically challenged people and senior citizens to suffer due to the heavy congestion on roads.
Also Read:
REALITY CHECK: Did Raja Mahendra Pratap Singh Donate Land To The AMU?

It states further that: “There are also reports that people have to travel long distances to reach their destinations due to the ongoing farmers' agitation and barricades have been put on the borders.” Besides, the NHRC has also issued notices to the Director-Generals (DG) of Uttar Pradesh, Haryana, and Rajasthan and the Delhi Police Commissioner to submit Action Taken Reports in context of the stir. Through its press release on its website, the NHRC stated that “There is an allegation that there is breach of the corona protocols by the agitating farmers at the protest site. There is further allegation that the inhabitants are not being allowed to move out of their houses due to the blockade of the passage. Since the agitation involves the issue of human rights whereas the right to agitate in a peaceful manner is also to be respected. The Commission needs to take care of various human rights issues.” The Commission also sent a “reminder” to the Jhajjar District Magistrate to file a report by 10th October on the alleged gangrape of a human rights activist at the protest site. It stated that there has been no report filed regarding compensating the family for the deceased woman’s death. It is notable that the farmers’ agitation has been ongoing for the past 10 months, making it one of the longest public movements in the world. Talks with the Central government have proven fruitless as of yet. Meanwhile, more than 400 farmers have lost their lives during the protest. Recently, one farmer was killed while protesting in Karnal, Haryana during police action, after which the farmers surrounded the mini secretariat to demand penal action against the SDM who was filmed ordering head assaults on protestors to police. The farmers had four demands including punishing the SDM Ayush Singh who ordered police to “break the heads” of farmers, all of which were accepted by the administration. Farmers celebrated it as a big victory and have repeatedly stated their willingness to participate in talks with the government.