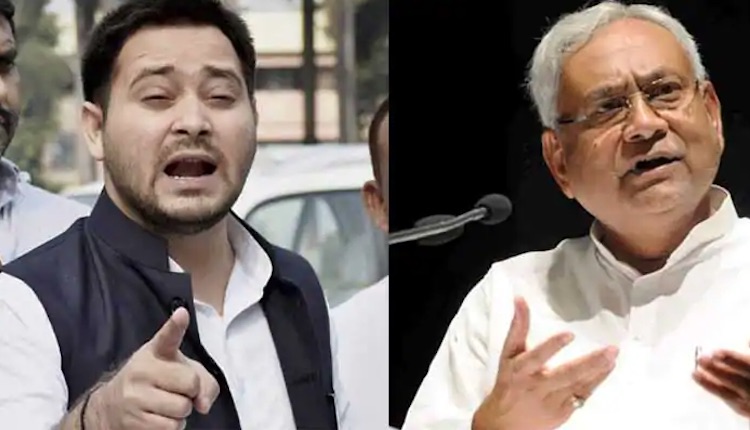 With barely a week to go before the first phase of the Bihar Legislative Assembly elections, leader of the Grand Alliance Tejashwi Yadav taking a swipe at Bihar CM said Nitish Kumar had already lost the election.  Addressing a rally, he said that the Chief Minister does not have the intent to provide employment. Also Read: Pandemic Boost To China’s Industry: GDP Growth Accelerates To 4.9%

The RJD leader cornered Nitish Kumar for his over 15-year tenure. He said around 4.5 lakh posts are vacant and 5.5 lakh jobs are those which are in the national average. We are typical Bihari, we do what we say, he said. Addressing a rally in Gaya, he said, “Bihar is the centre of unemployment. He wants a chance. If his government is formed and he becomes the Chief Minister, then together he will give a government job to one million youth”.

Tejashwi Yadav is constantly attacking the Chief Minister on the issues of coronavirus, employment, development, education and health in his meetings. The RJD leader alleges that during his long tenure Nitish Kumar did not do anything that would benefit the people of Bihar. On Monday, Tejashwi said in a tweet that this time Bihar will vote for a good education, excellent health, an effective legal system, all-round development, women empowerment, jobs and employment. ' Apart from these, RJD leader Tejashwi Yadav is also trying hard to woo LJP president Chirag Paswan. He supported Chirag Paswan, saying that Nitish Kumar had done injustice to the LJP chief. He said, "What Nitish Kumar did to Chirag Paswan is wrong. Chirag needs his father more than ever. Ram Vilas Paswan ji is not with us and we are sad about this. Nitish Kumar has done injustice to Chirag Paswan. ' The RJD leader also challenged CM Nitish for a debate. He said, "I would request Nitish Kumar to debate any of his achievements in the last 15 years. We should start a new debate. A chief ministerial candidate should be debated. Nitish ji should accept my challenge. ' Reacting to the Tejashwi's attack, Nitish Kumar says that the people he has taught to speak have benefited a lot. He said in an address, "We taught them how to interact, how to behave."