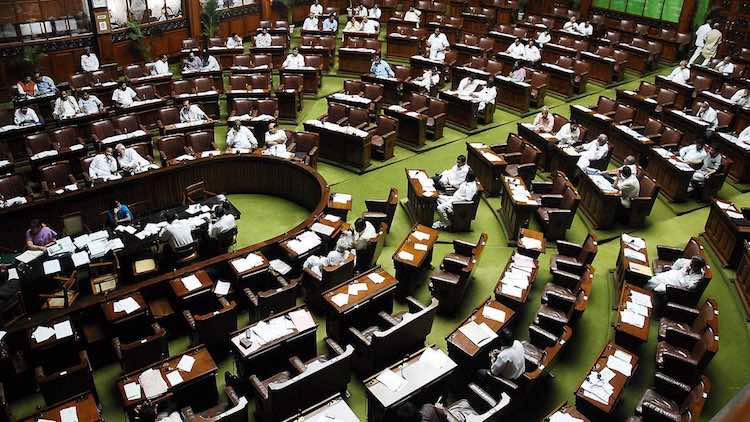 The Centre’s decision to disallow question hour during the Monsoon Session of Parliament starting September 14 amid the Coronavirus pandemic, have incited criticism from all Opposition parties including Congress. Congress MP and former Union Minister Shashi Tharoor said that the strongmen leaders would use the pandemic an "excuse" to stifle democracy and dissent and questioning government is “oxygen” of democracy.
Also Read:
With Fiscal Deficit Target Breached In 4 Months, How Will Modi Govt Manage Expenses?

“I said four months ago that strongmen leaders would use the excuse of the pandemic to stifle democracy & dissent. The notification for the delayed Parliament session blandly announces there will be no Question Hour. How can this be justified in the name of keeping us safe?” he tweeted. Further, he said, “Questioning the government is the oxygen of parliamentary democracy. This Government seeks to reduce Parliament to a notice-board & uses its crushing majority as a rubber-stamp for whatever it wants to pass. The one mechanism to promote accountability has now been done away with”.

2/2 Questioning the government is the oxygen of parliamentary democracy. This Govt seeks to reduce Parliament to a notice-board & uses its crushing majority as a rubber-stamp for whatever it wants to pass. The one mechanism to promote accountability has now been done away with.

TMC's Derek O'Brien has also lodged strong opposition, calling the move “excuse to murder democracy”.  He said that this was the first time in the country's parliamentary history that Question Hour has been removed during the session.

Question hour is considered crucial in parliamentary proceedings because during this time the opposition parties question the functioning and the accountability of the government. Meanwhile, the government says that a large number of officers also reach Parliament to answer during the Question Hour and doing so will increase the risk of infection. However, during this Parliament's monsoon season starting on 14 September, Question Hour has been done away with while Zero Hour would be held. On the first day, the proceedings of Lok Sabha will start from 9 am to 1 pm, while the rest of the day will start from 3 pm to 7 pm. The same system has been implemented for the proceedings of Rajya Sabha. Weekends will be working days and till October 1 there will be a total of 18 meetings.