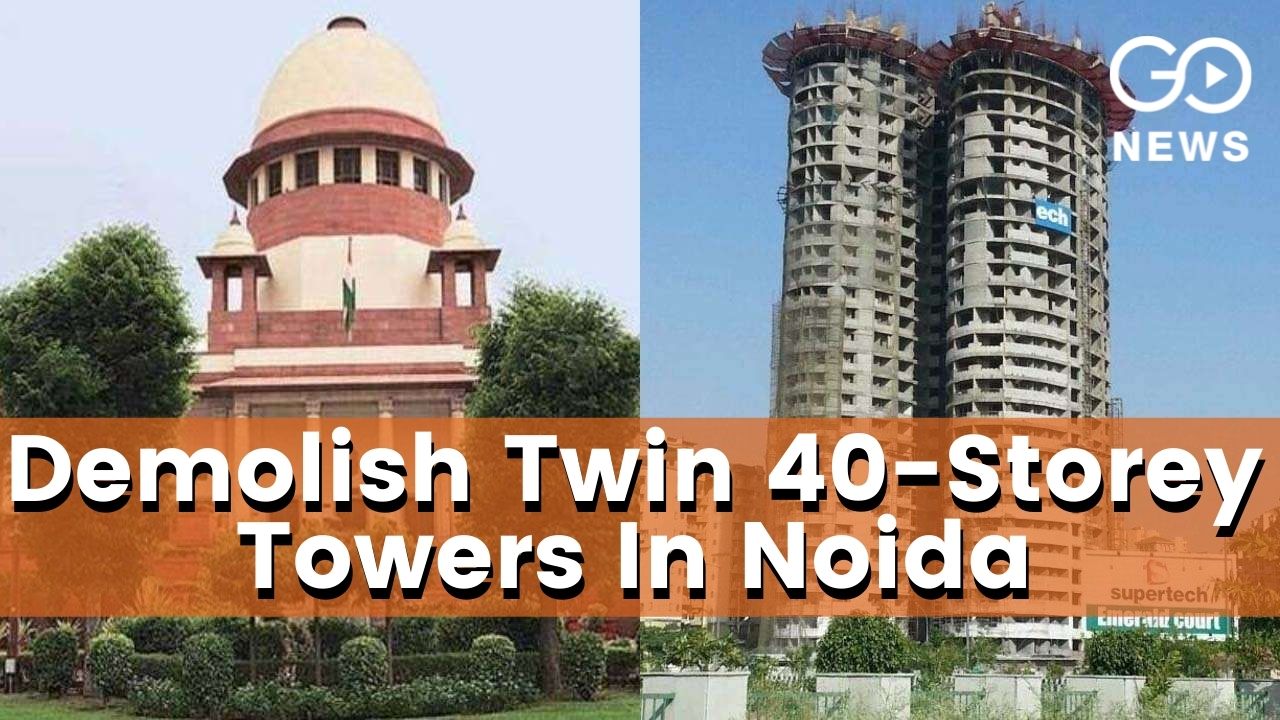 UPDATE: Superteh Petitions For Only One Tower To Be Demolished  Embattled real estate developer Supertech has moved the Supreme Court against its order to demolish its 40-storey twin towers built in Noida Sector 93, Uttar Pradesh. Its petition argues that crores of rupees will be saved if only one tower is ordered to be demolished. The giant under construction towers contain over 900 flats. Its construction was halted and ultimately ordered to be demolished because of violations of construction laws.
Also Read:
India Break Their Best-Ever Tally At Paralympics

The real estate titan in its petition notified the court that it has formulated a plan that will ‘be beneficial to the environment’. The petition argues that if the amendment to the rder is permitted, then resources worth crores can be saved. Both the towers have cost crores of rupees to build. The petition said that a significant input in terms of material and labour have been invested into the towers which will go completely waste once it becomes scrap. Original In a major blow to real estate company Supertech, the Supreme Court on Tuesday directed it to demolish two additional 40-storey towers in one of its housing projects in Noida after holding that the construction was done in violation of law and in collusion with the Noida Authority. A bench of justices D Y Chandrachud and M R Shah held that the construction of additional towers comprising of around 1,000 flats was in violation of various rules and regulations and directed the company to raze it within three months at its own cost.