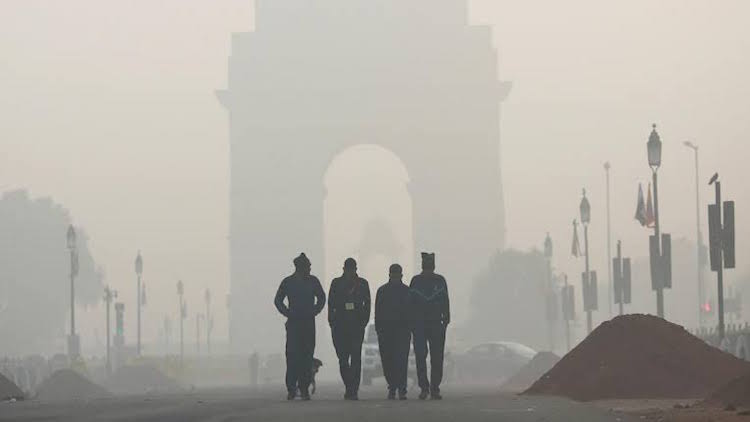 Entire north India, including Delhi, is in the grip of severe cold. On Monday morning, the temperature in Delhi’s Lodhi Road area was 2.2 degrees Celsius. With an increase in cold, pollution levels in Delhi-National Capital Region (NCR) are also rising steadily. The Air Quality Index in Delhi-NCR crossed 450 on Monday. Meanwhile, in Uttar Pradesh (U.P.), more than 50 people have died from the extreme cold. Also Read: Priyanka Gandhi Alleges Manhandling By UP Police In Lucknow

On Monday morning, entire Delhi-NCR was covered in a thick layer of fog. Due to the dense fog, visibility was zero in several areas. In the morning, the temperature in Delhi’s Safdarjung was 2.6 degree Celsius, 2.9 degree Celsius in Palam, 2.2 degree Celsius in Lodhi Road area and 2.5 degree Celsius in Aya Nagar. For the time being, there seems to be no respite from the cold. According to the Met Office, severe cold wave conditions will continue in Delhi for some more days. The severe cold and fog is also affecting air travel and rail transport services. While several flights had to be diverted from Delhi airport due to the fog on Monday, more than 30 trains were running late in Delhi. Last night, due to dense fog, while six people died in a road accident in Greater Noida, five others were injured. Schools have been closed in many districts of U.P. due to the cold. Apart from Delhi and U.P., people are dealing with severe cold in Bihar, Rajasthan, Punjab and Haryana as well.  In view of the cold, the Met Office has issued a red alert in eight states. Watch the full report here