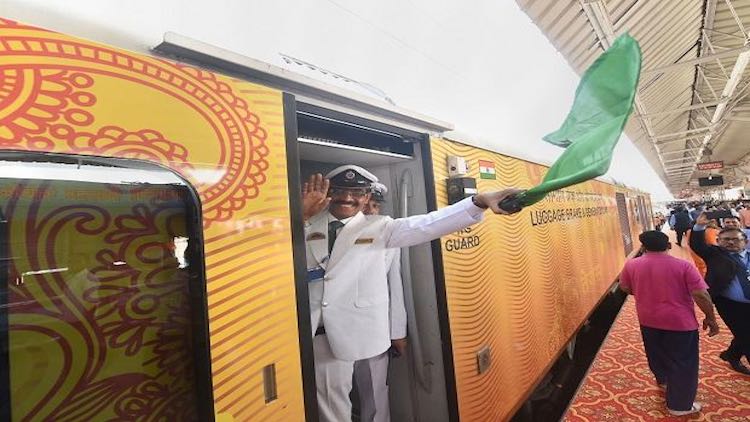 The idea of ​​running private trains in India has come under scanner after the IRCTC cancelled the operation of India's first private train 'Tejas Express' indefinitely due to huge loss in earnings. The Tejas Express was opened a month after the lockdown. The private train running between New Delhi-Lucknow and Mumbai-Ahmedabad was reopened in October in anticipation of the festive season rush. However, even then only a handful of seats were sold, resulting in a huge loss of millions every day.
Also Read:
Crucial To Bird Migration, India’s Wetlands Are Under Threat

Actually, Tejas can accommodate about 726 passengers, but according to sources only 60-70 tickets were being booked daily. Due to this loss, it has been decided to put Tejas in the yard. The one-time cost of operating Tejas Express comes to about Rs 16 lakh. Tejas is the first private train in the country. It is operated by IRCTC. "The management has decided to cancel all departures of the IRCTC Tejas trains due to low occupancy levels resulting from Covid-19 pandemic. The company will review its decision after seeing the occupancy level of other trains of the Indian Railways operating in both these routes," IRCTC said in a statement. IRCTC has not mentioned any date in its statement from when the Tejas Express will be resumed. The Tejas train rotation is not a good sign for the future of private trains in the country. According to experts, fares could also be an issue. Since private train operators are free to cap fares, tickets of Tejas Express was slightly higher than that of normal trains. If the Tejas Express does not start again, it would be a big setback for the Central Government which is emphasising more and more private trains in India and recently several private train operators have also been approved.