'Offering An Insincere Apology Would Be Contempt Of My Conscience': Prashant Bhushan 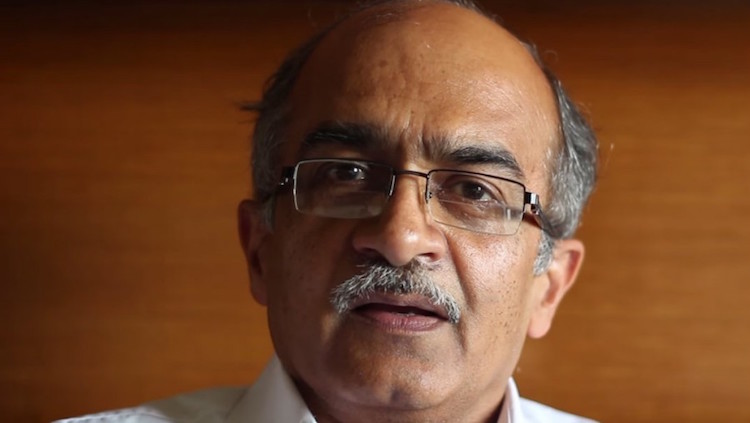 Lawyer-activist Prashant Bhushan who was found guilty of Contempt of Court by three Supreme Court judges last Thursday, informed the Court on Monday that he stood by his statements he made via various tweets. He further stated that his statements were aimed to ‘offer constructive criticism’. In a two page affidavit submitted through his lawyer, Mr Bhushan informed the Court that “My tweets represented this bonafide belief that I continue to hold. Public expression of these beliefs as I believe, in line with my higher obligations as a citizen and a loyal officer of this court. Therefore, an apology for expression of these beliefs, conditional or unconditional, would be insincere.”
Also Read:
Landslides Hit Uttarakhand: 3 Dead In Pauri Garhwal

Mr Bhushan had been held guilty for his tweets on current Chief Justice of India SA Bobde and his four predecessors. Finding him guilty of Contempt on Thursday, a bench headed by Justice Arun Mishra had asked Bhushan to take three days to reflect on his statement and whether he would like to reconsider his stated position and 'offer an unconditional apology'. That deadline ended today with the lawyer filing the two-page supplementary statement. While stating that he had the "highest regard for the institution of the Supreme Court’, Bhushan informed the court that “If I retract a statement before this court that I otherwise believe to be true or offer an insincere apology, that in my eyes would amount to the contempt of my conscience and of an institution that I hold in highest esteem”. More than 2000 eminent persons including at least 12 former judges signed a statement extending solidarity with Bhushan. The statement says that the tweets by Bhushan are part of his free speech and do not invite Contempt of Court provisions against the 63-year-old lawyer. All eyes are on the Supreme Court now which having found Bhushan guilty last week, will have to decide on the quantum of punishment. He faces a six-month jail term and a fine of Rs 2000.