Ongoing Protests Around The World Including India Amid Pandemic 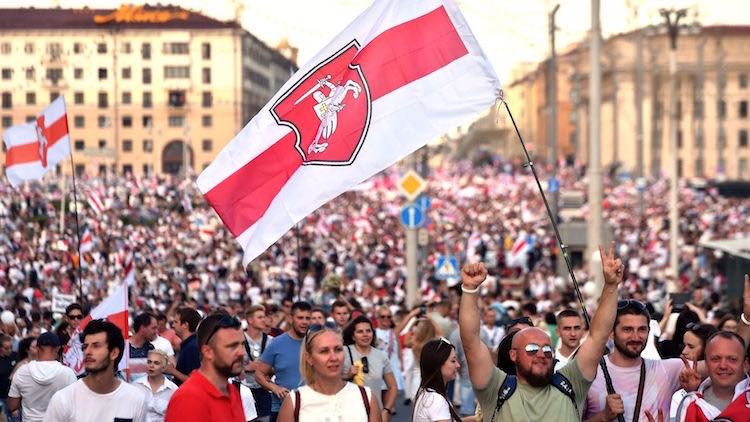 Thousands of people are out on the streets in many countries, protesting against their governments amid the Coronavirus pandemic. The world has been struggling with the coronavirus pandemic for almost eight months. So far, more than 2.18 crore people have contracted the virus while close to 775,000 deaths have been reported.
Also Read:
MP: Few Hours Of Rain Leads To Waterlogging In Jabalpur Residential Areas

The worst situation is in the European country Belarus where people are on the streets in anti-government demonstrations in all cities including the capital Minsk. The protests are led by 37-year-old Svetlana Tikhanovsna, the main opposition leader who has accused President Lukashenko, who has been ruling Belarus for 26 years, of vote-rigging. After the exit poll results were released on Sunday, thousands of people gathered in the capital Minsk to demand a fresh presidential election. According to CNN, around 50,000 people gathered on Sunday to protest against President Lukashenko.

If you have just tuned in, here's footage of an massive anti-government protests in #Belarus after corrupt presidential election. #BelarusProtests pic.twitter.com/Zz80b8R4SE

The same situation is also in Thailand where there are strong demonstrations against the current government. The protests in the Corona epidemic are being considered as the biggest demonstration in the last six years where more than 10,000 people have gathered. According to media reports, there has been no protest in Thailand since the 2014 coup, where protesters have been shouting 'End dictatorship' on the streets. The protesters are being led by former Prime Minister Prathuth Chan-Oha, who is demanding the implementation of a new constitution as well as an end to the oppression of opposition activists. The protesters allege that the enforced monarchy in the country has become autocratic. In the past, a massive explosion at a port in Beirut, the capital of Lebanon, killed 172 people and injured 6,000. The protests were blamed for the negligence of the officials and the government after which the protests erupted. As a result, Prime Minister Hasan Diab and his cabinet succumbed to the protesters and resigned from their posts. Lebanon is going through a terrible economic meltdown and the government had lost its strength after the explosion in the port of Beirut. Demonstrations are continuing in all states and cities of India. Protesters in most states are frontline workers fighting the Corona epidemic, who are demanding essential facilities for themselves. On August 9, several trade unions and thousands of ASHA workers staged a huge protest against the government at Jantar Mantar in Delhi. There was a demand of trade unions that the government is killing the rights of workers by altering the existing labor laws. At the same time, there was a demand of Asha workers that their wages be increased.

At #tradeunions protest at #JantarMantar on Sunday, #Ashaworkers, who are at forefront of #healthcare delivery, including fight against #COVID_19, demand fixed salaries. The workers are being paid Rs 1000 incentive for COVID-19 work, which means Rs. 33 a day@Ojhaanjali has more pic.twitter.com/MhUQdgsrIv

Apart from this, on 15 August, against the agrarian policies of the government, the farmers landed in Punjab and Haryana and tried to spread their voice to the government.