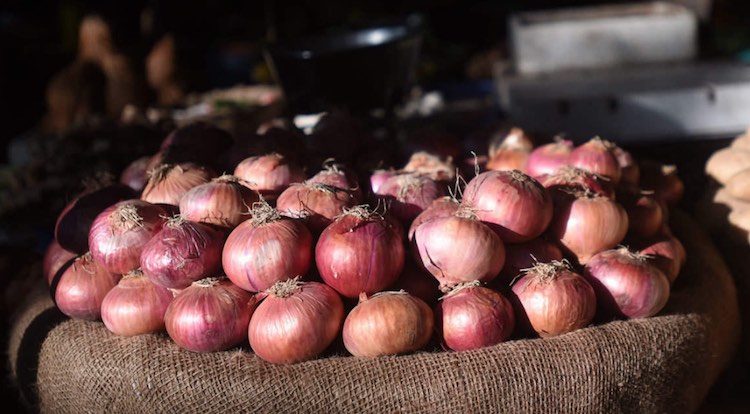 In view of the rising onion prices in the country, the Centre has banned exports of all varieties of onions. However, the last three years' data reveal that onion exports are on a steady decline owing to the destruction of onion crops due to heavy rains and floods. It is obvious that along with the reduction in onion exports, the country's revenue has also decreased. The Director-General of Foreign Trade has issued a notification stating that in the domestic market, onion prices are increasing and there is a shortage. In view of this, exports of all kinds of onions, including Krishnapuram and Bangalore Rose Onions, have been banned.
Also Read:
Gross NPAs Of 18 Banks Cross Rs 4.6 Lakh Crore; Borrowers Struggle To Pay EMIs

The last three years of data released by the Agriculture and Processed Food Products Export Development Authority (APEDA) show that onion exports are declining. Statistics show that in the year 2017-18, India exported 15 lakh 88 thousand 985 metric tons of onion to other countries. While this figure increased to 21 lakh 83 thousand 766 metric tons in 2018-19. At the same time last year, it has fallen to 11 lakh 49 thousand 896 metric tons in 2019-20. Experts believe that the main reason for the steady decline in onion exports is the destruction of onion crops. It is obvious that along with the reduction in onion exports, the country's earnings have also decreased. While India exported onions to other countries and earned $479.32 million in 2017-18, the figure fell to just $324.20 million in 2019-20. Whereas in the year 2018-19, with the increase of onion exports, its earnings were estimated at around $ 500 million. Onions are exported the most from India to countries like Bangladesh, Malaysia, UAE and Sri Lanka. Earlier in September 2019, the central government had banned the export of onions. At that time, onion prices had gone up a lot in the domestic market due to a gap between demand and supply. It was then reported that the onion cultivation deteriorated due to rain and exports had to be banned.