Our Collective Failure Towards Migrant Workers

Till very recently, most were unaware of a statute titled the “Inter-State Migrant Workmen (Regulation of Employment and Conditions of Service) Act, 1979 (the “Act”). At the time the Act was introduced, these ‘dadan’ (those towards whom charity is done) labourers were recruited by contractors to work on large construction projects with no fixed working hours. Asides from being ill-treated, often, they weren’t even paid. Since existing laws were inadequate, a new legislation was promulgated with the object and reasons stating that “the inter-State migrant workmen are generally illiterate, unorganised and have normally to work under extremely adverse conditions and in view of these hardships, some administrative and legislative arrangements both in the State from where they are recruited and also in the State where they are engaged for work are necessary to secure effective protection against their exploitation.” 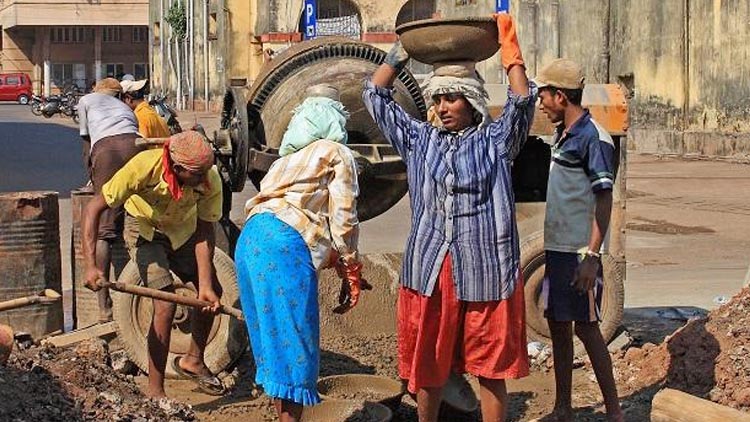 It’s one thing to have a law, and altogether a different matter for it to be effectively implemented. As witnessed by the recent hardships which the migrant labourers confronted, our law and correspondingly the legal system failed these voiceless citizens. But it’s really the collective failure of our society. The Government, law enforcement agencies, businesses and civil society have all let down this section of Indians who have been termed as the “builders of our booming economy.” Before examining the provisions of the Act, which could have come to the rescue of these migrants, let us look at some data which will also detail that they are by no means insignificant. Per the last Census of 2011, India has 5.6 Crore inter-state migrants, most of who come from the Hindi speaking belt of Uttar Pradesh, Bihar, Jharkhand, Rajasthan and Madhya Pradesh. A majority of such migrants work in the informal/unorganised sector; a large number are daily wagers and very few have any form of a valid identity card, given their transient existence. Notably, while the number of inter-state migrants grew at 55% between the 1991 and 2001 Census, it came down to 33% between the 2001 and 2011 Census. While most migration happens to states like Delhi and Maharashtra, termed as ‘Sapno Ki Nagri’ (dream cities), owing to them being the hub of commercial activity, between 2001 and 2011, there was a steady increase in the movement of migrants to other destinations within their own states and sometimes even to other locations within the same district. But in recent years, these migrants were once again drawn towards the “badha-shehar” (big city). 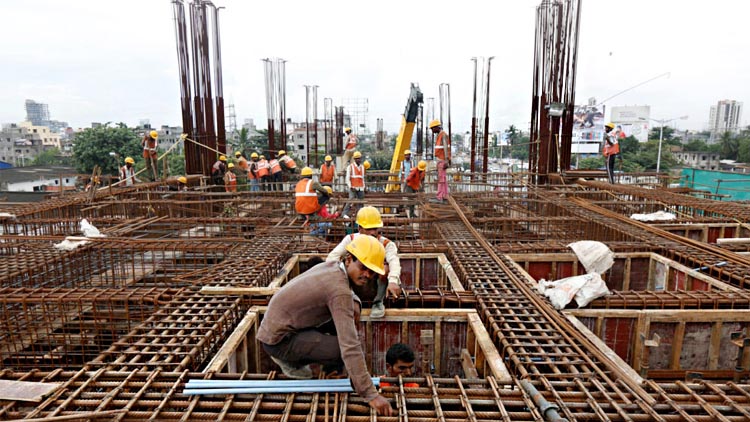 The contractors who lure these migrants, enticing them with the promise of fulfilling their dreams, are required under the Act to obtain a license from an authority both of the State to which the workman belongs (Home State), as also the State in which they are proposed to be employed (Host State). Establishments hiring them are also required to obtain a certificate of registration before employing them. The Act stipulates that the license may contain conditions regarding the arrangements under which the inter-State migrant will be recruited, the remuneration payable, hours of work, fixation of wages and other essential amenities to be provided. There is an explicit provision regarding the wages to be paid to these migrant workmen, the date from which it is due, and their entitlement to a displacement allowance. Suitable residential accommodation, adequate medical facilities and protective clothing are also amongst what is to be provided. The Act lays down for the appointment of inspectors by the appropriate Government, and inspectors from the Home State may visit the establishments where these workmen are employed in the Host State to ensure compliance. Punishment for non-compliance is fairly stringent and includes imprisonment. Regrettably, most inter-State migrant workmen aren’t even aware of their rights and those who dare raising questions risk losing employment, as also their wages, as the contractor usually keeps them on a hand-to-mouth existence.

With a view to streamline existing labour laws, the Occupational Safety, Health And Working Conditions Code, 2019 (the “Code”) was introduced in the Lok Sabha in July 2019. This Code subsumes and replaces 13 labour laws, including the Act, and, amongst others, attempts to strengthen migrant labour rights. It provides that where any establishment is employing migrant labour through a contractor who is required to obtain a licence, but who has not done so, then the migrant labour so engaged through the contractor, shall be deemed to be employed by the principal employer. It reiterates the provisions relating to the entitlement of migrant workers to receive a displacement allowance equal to fifty percent of the monthly wages payable to them. The Code was referred to the Standing Committee towards the end of 2019. In February 2020, the Standing Committee made its Report and on the issue of migrant labour noted the unanimous view of the State Governments and the Labour ministry that an exclusive chapter on migrant workers be introduced in the Code, notwithstanding the special provisions currently referred to in it. The Committee also noted that the Code should have initiatives similar to those adopted by the State of Odisha for migrant workers such as a toll-free Shramik (labour force) Sahayata Helpline, Migrant Labour Help Desk, Seasonal Hostels for the Children of Migrant Workers, strengthening Anti-Human Trafficking Units and the setting-up of Migration Support Centres.

If the law is there, then why was it not implemented? If the migrants are entitled to a dislocation allowance then why was it not given to them? In fact, why were even the monies due to them not paid? If the contractor who hires them is to be licensed then how did he disappear deserting them and leaving them to fend for themselves? Why were health facilities and other basic amenities not provided? If even some of this would have happened, then we may have been able to hold back these workers from embarking the journey back home. The answer is that the Act is in many ways obsolete and hardly enforced anywhere. One may wonder, how is that even possible, but that is the harsh reality. Aajeevika Bureau, an agency that provides “services, security and solutions for migrant workers”, states that “a serious constraint in framing an effective policy [for migrants] is the lack of credible data on incidence of seasonal migration. Census and NSS that have a significant impact on policy making are unable to capture seasonal and circular migration. Migrants may also be missed out in BPL Surveys. Above all, they are unable to participate in the formal electoral system and are denied a fundamental citizenship right – their right to vote.” So while the data, from the Census noted above, records them as a numerical percentage, their interests are largely ignored. Those who pontificate that no migrant worker was left starving and could take recourse to many of the Government schemes need a dose of reality. Indus Action, a policy implementation organisation that seeks to bridge the gap between law and action, conducted a survey over a month during the lockdown across 15 major States, involving 3400 families speaking with over 11,000 migrant workers from various districts and found that 19% of those surveyed didn’t have enough food to satisfy their hunger. Their report notes that “majority of others reported having limited food stock…. Although eligible for free ration, some of them are forced to buy ration, prices being double/triple the normal rates due to a complete shutdown of ration shops and inaccessibility. A part of those who were able to access ration using ration cards has complained about receiving a lesser portion than what they were eligible for. Instances of only rice being distributed have also surfaced; Dal, oil, sugar (other ration items) remain out of reach for many….Access to vegetables, milk, and kerosene (not included in ration) poses another challenge.” As someone commented, they wanted Ration, not Bhashan (speech).

Another survey conducted by Stranded Workers Action Network reported that the rate of hunger and distress exceeded the rate of relief. This network also spoke with over 11,000 migrants and found that a large number were on the brink of starvation sometimes not having eaten for 4 days and often with just 1 day worth of ration remaining. Their survey also revealed that with 89% not having received salaries or payments, 78% had less than Rs. 300 in person. Their kids often didn’t have milk and the migrants had to resort to feeding them sugar water Of course, no one is to blame for the Pandemic. But can the same be said about the ensuing humanitarian crisis? It brought to the fore the pre-existing vulnerabilities of our labour workforce and the shortcoming of our labour laws. And for the migrant worker, it stole their dignity. Scores of civil society folks doing good work have shared stories that the migrants didn’t want charity. They just wanted their due share. Let us just accept that we collectively failed in giving them that. As regards the various schemes rolled out by the Government, Indus Action reported their reach as “questionable.” 94% of the surveyed families were eligible for at least one benefit scheme but the survey notes that nearly 20% of them did not receive any benefit. Indus notes that “this worrying trend can be credited to Aadhaar linkage problems and mobile numbers of the stakeholders not registered with banks.” So while we were all worried about the Corona Virus, the migrant worker, who witnessed near starvation, was also plagued by worries about his future. Rightly so, Indus’s survey observed that “48% of the respondents will be unemployed post lockdown.” And those employable, will be willing to put their dreams on hold for a while being in no rush to return to the big cities which treated them with disdain.

From a legal perspective, some course correction can be to share the learnings from the present crises with the Standing Committee considering the Code or have the issues taken up in Rajya Sabha before the Code finally becomes a law. Amongst others, what can be incorporated in the chapter proposed for migrant workers are some suggestions of the Aajeevika Bureau. These include schemes like universalisation of PDS (as proposed by the Government) and the elimination of domicility based eligibility criteria, providing safe and hygienic shelter facilities. Provision also must be made for the security of single women migrants, and allow migrant groups to live together with their communities. These circular workers must also have access to urban healthcare systems and the new legislation must entirely remove the burden of providing documentation from migrant communities. For now, and understandably, these migrants have no faith in the system and are justified to look at us with doubt. In due course, and let us manage our expectations on the time-line, when their measly savings, if any, are exhausted, chances are the migrants will eventually be compelled to return to the same cities where their dreams turned to nightmares. They may even be the ‘bigger person’ and forgive us for how we treated them. But let us not forget what happened. It will be a reflection of our moral compass if, going forward, we as a nation and as a society, in our own microcosm, don’t treat our labour force with the respect they deserve. Or extend to them the protection which our laws and the legal system must give them. If extending to them fair and equitable treatment sounds reeking of concepts from public international law or just too utopian, can we at least be humane. Or is that also expecting too much? (Satvik Varma is an advocate based in New Delhi. A graduate of Harvard Law School, he is Founding Advocate of Independent Law Chambers).