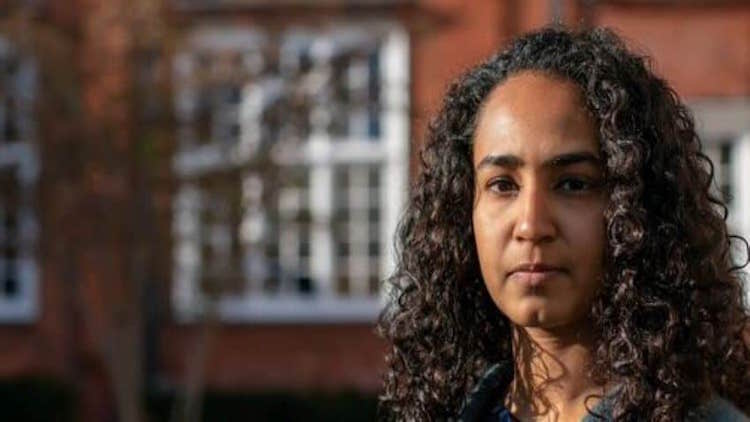 A Cambridge University scholar, who has lived legally in the United Kingdom for a decade, has been denied her request for permanent residency. 31-year-old Asiya Islam, originally from Aligarh, India, is a sociologist at Newnham College. She says she was denied the residency because she spent nearly a year outside Britain working on her doctoral thesis in India. Her visa expired on January 30, however, she had received the news of her residency denial in November. Also Read: Omar Abdullah, Mehbooba Mufti Charged Under Public Safety Act

Britain’s immigration rules say people applying for the type of permanent residency — also called Indefinite Leave to Remain — must not spend over 180 days at a time or 540 days in total outside of the country over the course of a decade.

We have cautioned that these cases cause serious damage to the UK's reputation and its ability to attract global academic talent at an important time for its relations with the rest of the world.

Academics say the fear her case sets "a worrying precedent" which completely contracts everything the PM Boris Johnson's government claims to support in the wake of Brexit.

Prof Sarah Franklin, head of sociology at Cambridge, fears Islam’s case sets “a very worrying precedent”... Skeggs agrees, “It is parochial provincialism that completely contradicts everything the government claims to believe in when they say they are supporting global talent.”

Earlier in February, Islam submitted a letter to Priti Patel, Secretary of State for the Home Department, backed by over 2,000 academics, urging the government to reconsider the decision. The letter read, “Asiya Islam, a PhD in sociology from the University of Cambridge and winner of a prestigious Junior Research Fellowship at Newnham College, has been denied Indefinite Leave to Remain (ILR) in the UK due to time spent abroad despite having made the UK her home since 2009. The Home Office’s ruling is unfair because the time Asiya spent abroad was for her fieldwork research in India, a necessary requirement to finish her PhD. As academics and researchers working at UK universities, we are calling upon the Home Office to reconsider the decision.” It said, “Under the Home Office guidelines published on October 1, 2019, the time abroad can be waived for Tier 2 visa holders in PhD level occupations when they are absent from the UK for ‘research purposes linked to the reason for their Tier 2 sponsorship.’ The Home Office has therefore already accepted the principle that time spent researching abroad should be exempted from the continuous lawful residency requirement for Indefinite Leave to Remain.” “From 4 July 2016 to 1 June 2017, Asiya worked in New Delhi to complete her PhD research on ‘Gender, Class, and Labour in the New Economy of Urban India’. The University of Cambridge and the Sociology Department supplied letters for her ILR application confirming that her fieldwork abroad was a necessary condition for awarding her PhD and asking the Home Office to exercise discretion in her case. However, the Home Office has ruled that Asiya “failed to provide any exceptional reasons” to support the time-abroad exemption, and denied her application for leave to remain. Rather than exercising appropriate discretion, they arbitrarily ruled that this guideline is not applicable to research conducted abroad by postgraduate students on Tier 4 visas,” the letter said. It goes on to say that “Asiya is an outstanding young academic with a promising career in the UK. She first arrived in the country to earn a Master’s in Gender, Media and Culture at the London School of Economics and Political Science, where she graduated with Distinction and won an award for Best Degree Performance in 2010. She then worked as Equality and Diversity Adviser at the London School of Economics and Political Science for five years while also writing about gender and race issues as a freelance journalist for The Guardian, New Statesman, Open Democracy, and other outlets. In 2015, she was awarded a prestigious Gates Cambridge scholarship to fully fund her PhD in sociology. Her research on gender and class in urban India places a groundbreaking focus on the participation of lower-middle-class women in the labour market. Whereas previous academic studies of gender, family and employment have used only statistics and surveys, Asiya used ethnographic methods and direct interviews to understand women’s career progressions, motivations, and use of their incomes. Her qualitative research on the ground in New Delhi is the key element of her PhD’s contribution to knowledge. Her research is an asset to the UK and its academic community, yet her very success in academic fieldwork is now being held against her.” “Asiya’s work has already been disrupted by the Home Office’s refusal to exercise appropriate discretion in her case. She has had to cancel invited and pre-paid appearances at conferences abroad, restricting her ability to disseminate her research. She now faces the expensive prospect of appealing the Home Office decision, which if not overturned could lead to her immediate deportation; and/or loss of her current academic post.” "Her individual case is distressing, but it also sends a foreboding signal that despite policy changes to protect Tier 2 researchers, UK universities will continue to lose the talented PhD researchers that they have invested years in training. If Tier 4 visa holders are prevented from settlement in the UK due to their fieldwork abroad, non-EU postgraduates and staff at UK universities will have to structure their lives and careers around arbitrary immigration rules. The UK academic community’s global competitiveness suffers from the loss of the valuable fieldwork data and expertise, grant funding, and international research profiles brought in by non-EU postgraduates transitioning to staff positions at UK universities.” “We are therefore calling for the Home Office to reconsider the decision on Asiya’s ILR application,” the letter read at the end.
TAGS Brexit Cambridge University Boris Johnson UK prime minister Asiya Islam United Kingdom Permanent Residency UK Residency Cambridge Sociologist