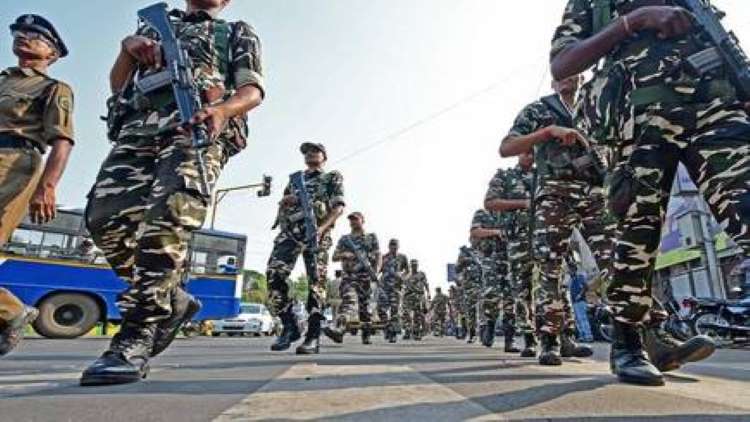 The number of vacancies in Central Armed Police Forces (CAPFs) has exceeded one lakh, Minister of State for Home Affairs Nityanand Rai informed the Rajya Sabha. He said the Border Security Force (BSF) has the maximum vacancies (28,926), followed by 26,506 vacant posts in CRPF, 23,906 in CISF, 18,643 in SSB and 5,784 posts in ITBP. Apart from these, 7,328 posts in Assam Rifles are yet to be filled.
Also Read:
Taj Mahal: 1st Day, 1st Show

Vacancies in security forces raise concerns who are responsible for security along the internal and border areas of the country. However, the Minister said the recruitment process of vacant posts is ongoing. At present, the process of recruitment for 60,210 posts of constables, 2,534 posts of sub-inspectors through the Staff Selection Commission and 330 posts of assistant commandants through the Union Public Service Commission is underway, he said. “Vacancies in CAPFs and Assam Rifles arise due to retirement, resignation, death, new raising, creation of new posts, cadre reviews, etc. Majority of these vacancies are in the grade of constable,” he added. Since these recruitments are linked to the internal security of the country, it is being seen as a concern. The Narendra Modi-led Central government has repeatedly come under fire over its failure in creating new jobs. Moreover, they are not recruiting such posts which have been lying vacant for years. Statistics released in the Monsoon Session show that 2,90,965 posts are lying vacant in Group C and D categories of Railways, which has shown a considerable decline in new recruits since 2015. In the year 2018-19, only 6,493 people were given jobs by the Railways in Group C and D categories.